A UIScrollView subclass that allows paged horizontal swiping with a re-use mechansim similar to UITableView.

A UIScrollView subclass that allows paged horizontal swiping with a re-use mechansim similar to UITableView. 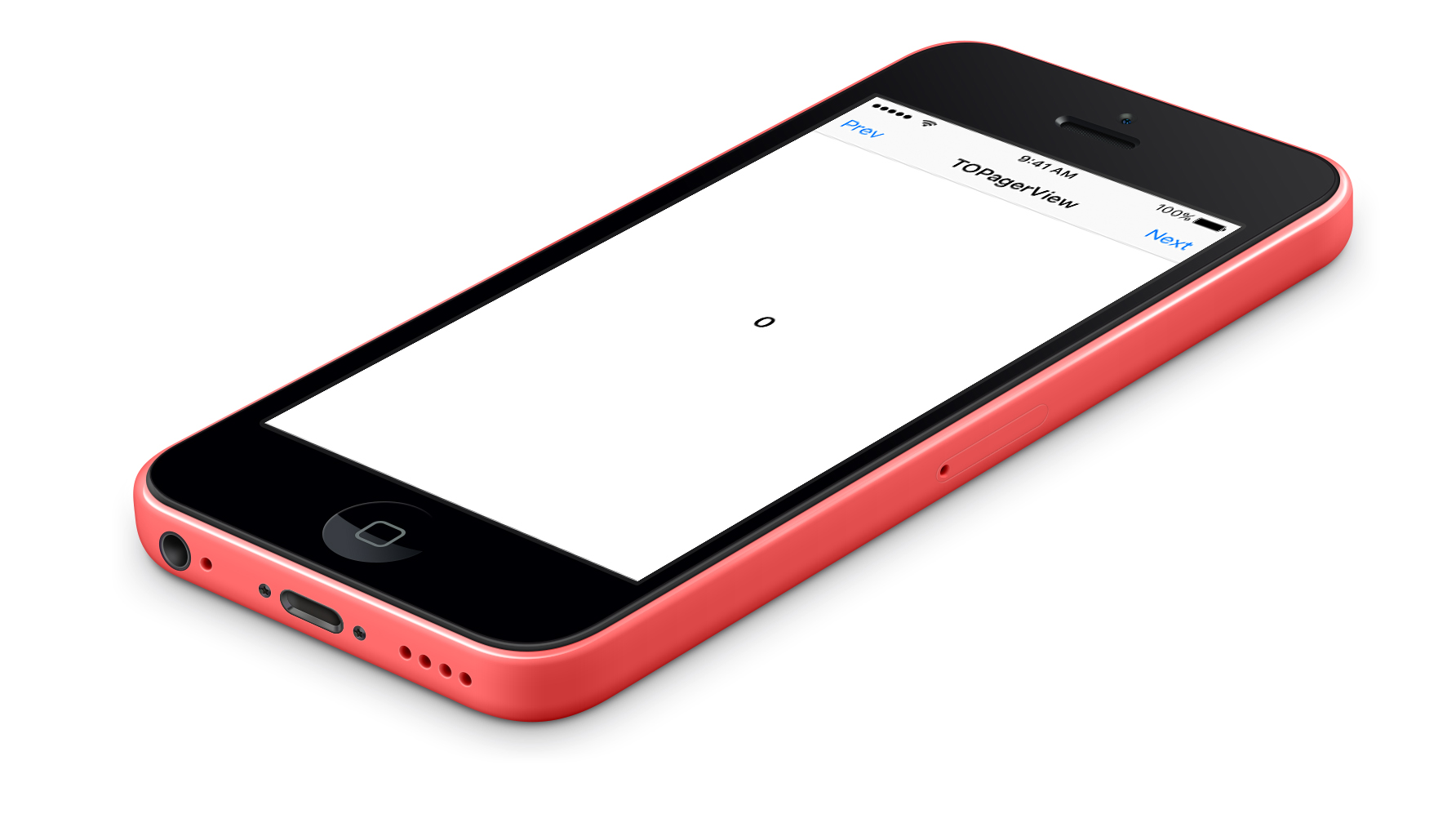 Originally developed in a time period where UICollectionView wasn't 100% feasible yet, TOPagerView is a view to streamline rendering fullscreen 'pages' of content in a horizontal layout, similar to the slideshow view in Photos.app.

It is built on the same architectural principles as UITableView, where a pool of page views are continually recycled via a delegate object as pages scroll on and off the screen.

In this day and age, it's definitely recommended to use UICollectionView instead of custom classes like this one, but there may still be cases where this sort of view might have value.

CocoaPods is a dependency manager that makes it simple to import and manage third party libraries in your projects.

Add the following to your Podfile:

TOPagerView behaves very similarly to UITableView. You can pre-register classes, or create new instances on demand.

You add TOPagerView to a view controller like most other views:

By default, displaying content is extremely straightforward. It's not even necessary to subclass UIView:

If you want to display separate types of views in a single pager view, you can optionally add a string identifier in order to distinguish page views:

I started writing this library in 2013 (On my 27th birthday apparently!) as a replacement for the pager view I originally wrote in 2011 for iComics.

I wrote the original pager during the era of iOS 5, before UICollectionView was announced in 2012. I was still VERY new to iOS development in that time, and as such, the architecture of the original pager is 'not great'. Functional, but definitely not subscribing to the proper MVC architectural model.

In 2013, I was still gung-ho on supporting the original iPad (running iOS 5) so I wanted to avoid using UICollectionView as much possible. As such, I wrote this library as an eventual replacement, greatly cleaning up the design in the process.

It's now 2017, and we've long since reached the point where the original iPad and its immediate successors are long dead, and rolling your own UIScrollView subclass instead of taking advantage of UICollectionView is extremely questionable.

As such, I'm releasing this code more as an educational piece, more than something that should be used in production, but you're more than welcome to use it in your apps if you wish! :)

This library is licensed under the MIT license. Please see LICENSE for more details.

TOPagerView was created by Tim Oliver as a component for iComics.