I started this project after getting annoyed with Google Calendar's event notifications. They used to have nice soft notifications, but they broke it when they graduated their feature from google labs and they haven't fixed it.

The extension will replace the built-in browser alert window with a modal which won't force you to context switch between tabs. It also prevents you from accidentally closing alert windows when you're typing.

You can close the modal by pressing "Enter", "Escape", or "Space". When opening, it has an audio chime.

Gentle-Alerts does not depend on any third-party libraries (e.g. jQuery) and is written against ES 2015 spec for browser compatibility.

Note that on Codeship, this script needs to be run to downgrade the preinstalled Phantomjs version: 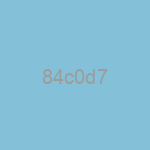