Python library for using the Adafruit Trellis on a Beaglebone Black or Raspberry Pi.

This is a direct port of the Adafruit Trellis library to Python and intended to run on the Beaglebone Black, Raspberry Pi, or other embedded system with Python and I2C support. 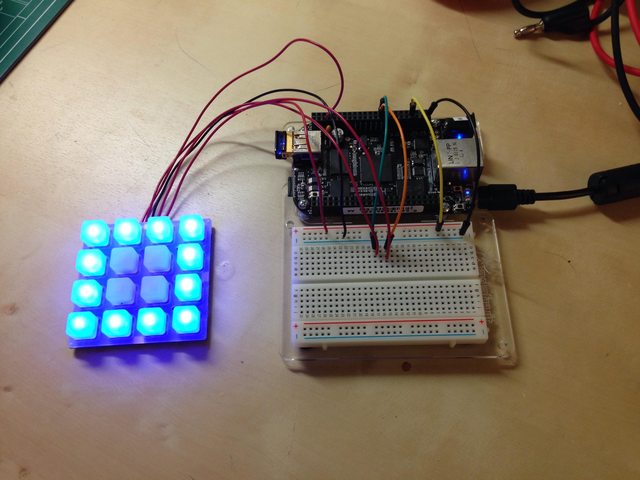 This library requires the Adafruit_I2C library is available. You can install this library by following:

To install, download this repository and execute setup.py as root:

The functionality of the library is almost exactly the same as the standard Trellis library. The important differences are:

See examples of the library usage in the examples folder. Note that you probably need to run scripts as root so they can access the I2C bus. For example to run the TrellisTest example execute: