Automate Clojure projects without setting your hair on fire. 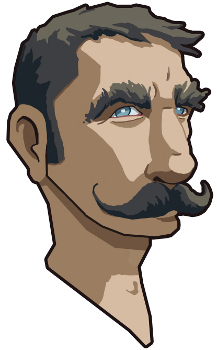 "Leiningen!" he shouted. "You're insane! They're not creatures you can fight—they're an elemental—an 'act of God!' Ten miles long, two miles wide—ants, nothing but ants! And every single one of them a fiend from hell..."

Leiningen is for automating Clojure projects without setting your hair on fire.

If your preferred package manager offers a recent version of Leiningen, try that first as long as it has version 2.x.

Leiningen installs itself on the first run of the lein shell script; there is no separate install script. Follow these instructions to install Leiningen manually:

Windows users can use the above script in the Linux subsystem or try the batch file or Powershell version instead.

The tutorial has a detailed walk-through of the steps involved in creating a new project, but here are the commonly-used tasks:

Use lein help to see a complete list. lein help $TASK shows the usage for a specific task.

You can also chain tasks together in a single command by using the do task with comma-separated tasks:

Most tasks need to be run from somewhere inside a project directory to work, but some (new, help, search, version, and repl) may run from anywhere.

The project.clj file in the project root should look like this:

The lein new task generates a project skeleton with an appropriate starting point from which you can work. See the sample.project.clj file (also available via lein help sample) for a detailed listing of configuration options.

The project.clj file can be customized further with the use of profiles.

Leiningen documentation is organized as a number of guides:

Leiningen supports plugins which may introduce new tasks. See the plugins wiki page for a full list. If a plugin is needed for successful test or build runs, (such as lein-tar) then it should be added to :plugins in project.clj, but if it's for your own convenience (such as lein-pprint) then it should be added to the :plugins list in the :user profile in ~/.lein/profiles.clj. See the profiles guide for details on how to add to your :user profile. The plugin guide explains how to write plugins.

Thanks to Stuart Halloway for Lancet and Tim Dysinger for convincing me that good builds are important.