Components of a decompilation pipeline.

The aim of this project is to implement a decompilation pipeline composed of independent components interacting through well-defined interfaces, as further described in the design documents of the project.

The following poster summarizes the current capabilities of the decompilation pipeline, using a composition of independent components to translate LLVM IR to Go. 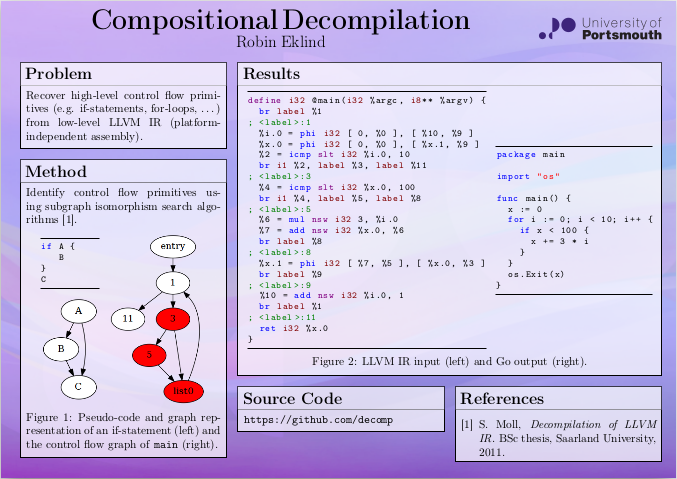 The source code and any original content of this repository is hereby released into the public domain.