An experimental IF engine written in Go.

Sashimi provides a small platform to play with interactive fiction programming concepts. It is not yet a complete IF engine, and may never be. ( It's not an immediate goal, for instance, to provide proper English output. )

Based on some ideas from Infom7, Sashimi uses a "scripting language" embedded inside of Go.

In the example story:

helps to produce the following game:

Large, and with a bit of an Art Nouveau theme going on in the shape of the doors.

The evil fish is floating belly up! ...oh, curse. He was toying with you. As soon as he sees you looking, he goes back to swimming around.

Go hits a nice middle-ground between scripting and C-like programming.

Inform is great, why not just experiment with it?

Sashimi is currently capable of handling short, one-room stories; but, it lacks many standard IF features, including save-load.

The examples directory includes a version of A Day For Fresh Sushi ported from Inform7 with permission.

then browse to http://localhost:8080/app/, for something that looks something like this: 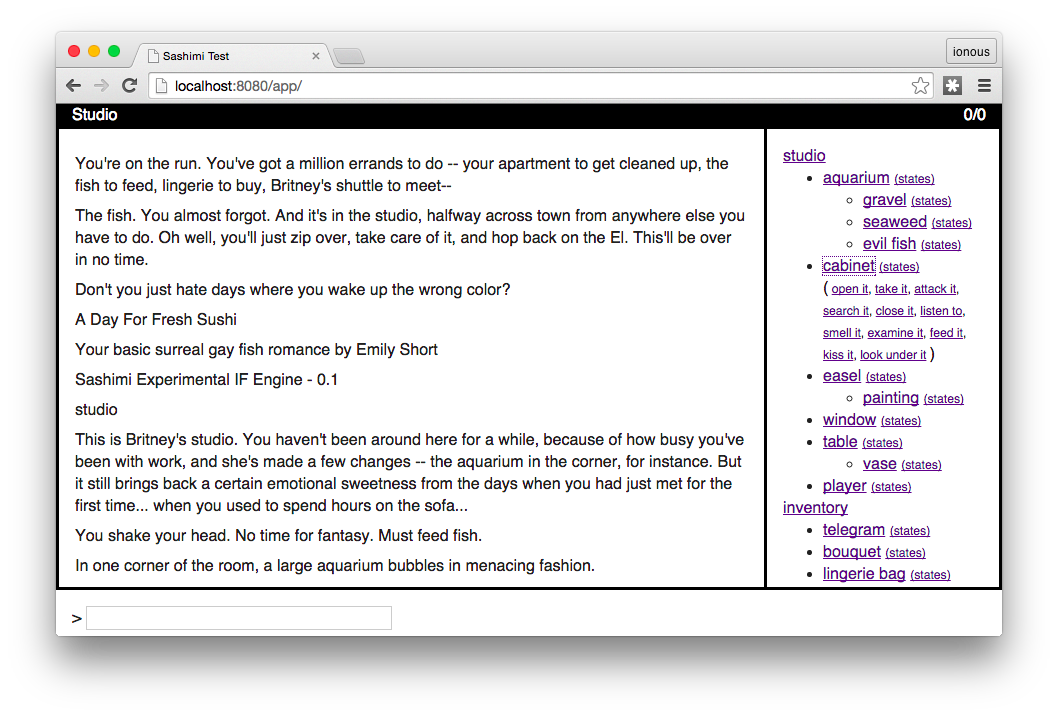