The Alertmanager handles alerts sent by client applications such as the Prometheus server. It takes care of deduplicating, grouping, and routing them to the correct receiver integration such as email, PagerDuty, or OpsGenie. It also takes care of silencing and inhibition of alerts.

These dependencies are necessary for building Alertmanager. There are no runtime dependencies, as the resulting binary is statically linked.

The current version has to be run from the repository folder as UI assets and notification templates are not yet statically compiled into the binary.

You can either go get it:

Or checkout the source code and build manually:

This is an example configuration that should cover most relevant aspects of the new YAML configuration format. Authoritative source for now is the code.

If you want to test the new Alertmanager while running the current version, you can mirror traffic to the new one with a simple nginx configuration similar to this: 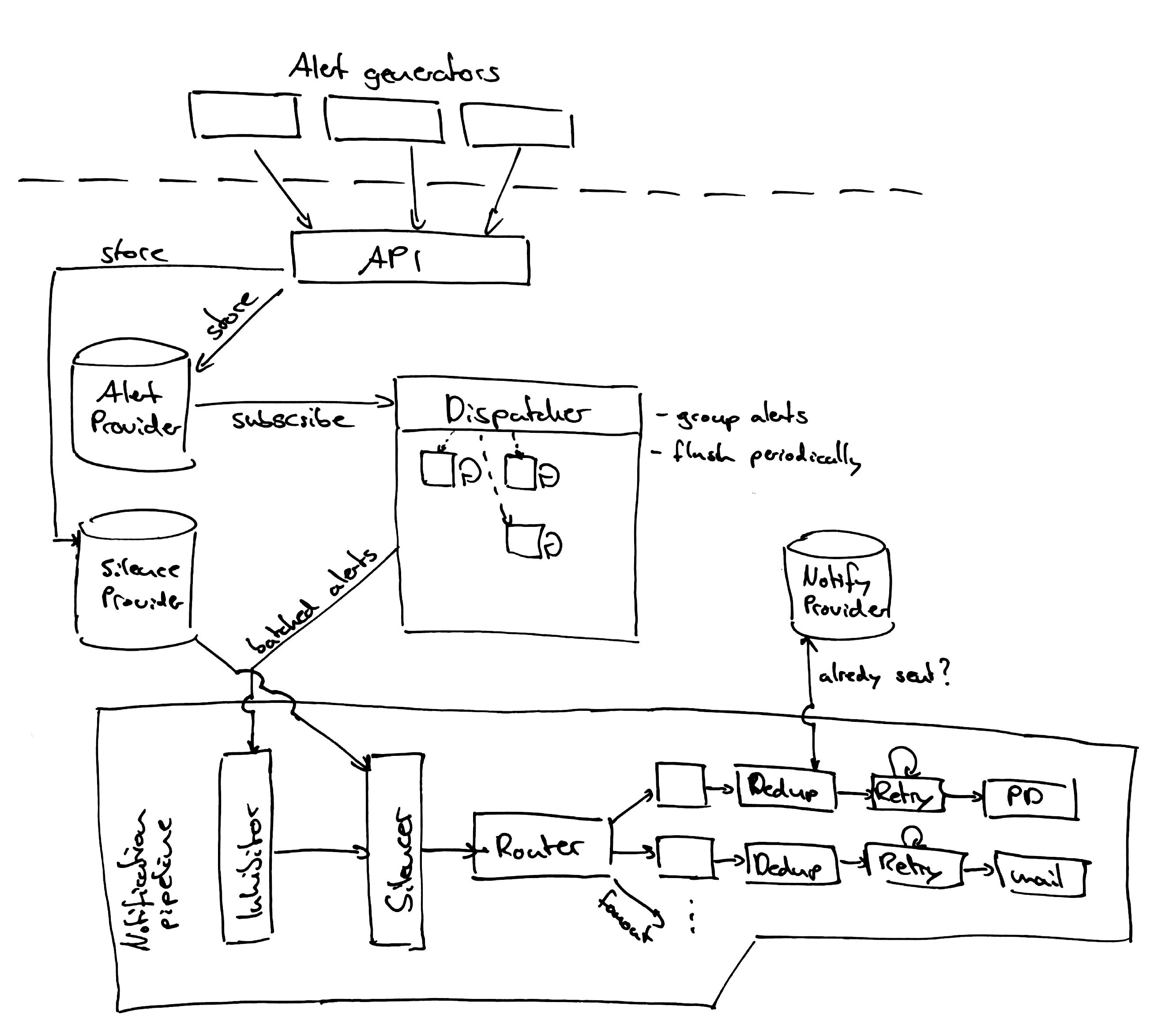