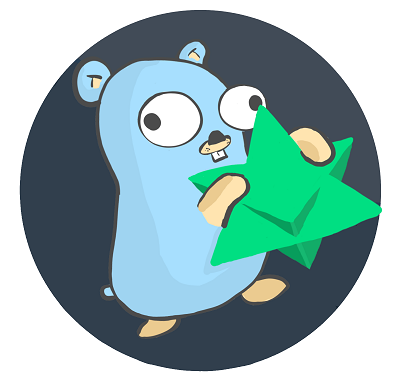 Communicate with the Internet Game Database API quickly and easily with the igdb package. With the igdb client, you can retrieve extensive information on any number of video games, characters, companies, media, artwork and much more. Every IGDB API endpoint is supported!

If you would like to help the Go igdb project, please submit a pull request - it's always greatly appreciated.

If you do not have Go installed yet, you can find installation instructions here. Please note that the package requires Go version 1.13 or later for module support.

To pull the most recent version of igdb, use go get.

Then import the package into your project as you normally would.

Now you're ready to Go.

Before using the igdb package, you need to have an IGDB API key. If you do not have a key yet, you can sign up here.

Create a client with your Client-ID and App Access Token to start communicating with the IGDB API.

If you need to use a preconfigured HTTP client, simply pass its address to the NewClient function.

The client contains a distinct service for working with each of the IGDB API endpoints. Each service has a set of service functions that make specific API calls to their respective endpoint.

To start communicating with the IGDB, choose a service and call its service function. Take the Games service for example.

To search for a Game, use the Search service function.

To retrieve several Games by their IGDB ID, use the List service function.

The rest of the service functions work much the same way; they are concise and behave as you would expect. The documentation contains several examples on how to use each service function.

Service functions by themselves allow you to retrieve a considerable amount of information from the IGDB but sometimes you need more control over the results being returned. For this reason, the igdb package provides a set of flexible functional options for customizing a service function's API query.

To set the limit of the amount of results returned from an API query, pass SetLimit to the service function.

As you can see, you simply need to pass the functional option as an argument to the service function.

To offset the results returned from an API call, pass SetOffset to the service function.

SetOffset is used to iterate through a large set of results that cannot be retrieved in a single API call. In this case, the first 15 results are ignored so we effectively iterated through to the next set of results by 15.

To set the order of the results returned from an API call, pass SetOrder much in the same way as the previous examples.

SetOrder is used to specify in what order you want the results to be retrieved in and by what criteria. Here, SetOrder will retrieve the results with the highest hypes first.

The remaining functional options are not unlike the examples we covered and are further described in the documentation.

More often than not, you will need to set more than one option for an API query. Fortunately, this functionality is supported through variadic functions and functional option composition.

First, service functions are variadic so you can pass in any number of functional options.

This API call will search the Characters endpoint using the query "mario", filter out any character that does not have a gender code of 1 (which in this case represents male), retrieve the id, name, and games fields, and return only up to 5 of these results.

This call to ComposeOptions creates a single functional option that will allow you to retrieve the names of the top 5 most popular games when passed to the appropriate service function.

Taking the previous example, this can be done in the following way.

The repository contains several example mini-applications that demonstrate how one might use the igdb package.

If you have used the igdb package for a project and would like to have it featured here as a reference for new users, please submit an issue and I'll be sure to add it.

If you would like to contribute to this project, please adhere to the following guidelines.