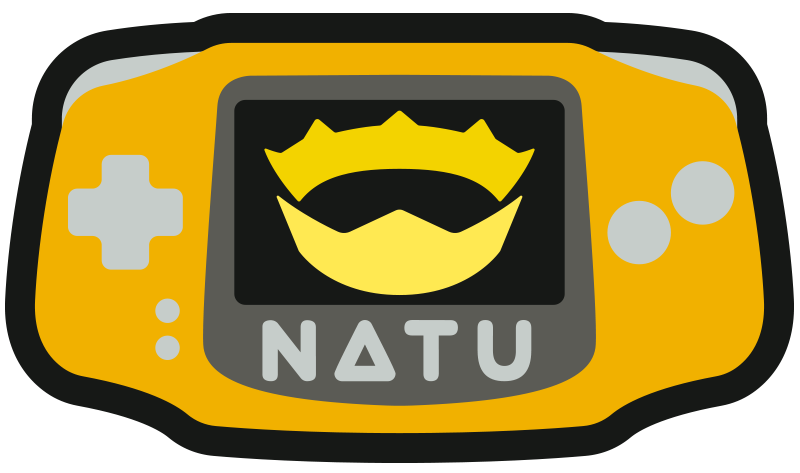 Natu is a package for making Game Boy Advance games in Nim.

Primarily a wrapper for libtonc, we are now growing in our own direction: ditching some old conventions to be more Nim-friendly, and adding more libraries.

You will need devkitARM with GBA tools and libraries. If you are using the graphical installer, simply check "tools for GBA development" during setup. Otherwise be sure to install the gba-dev group of packages. Either way, the libtonc package is included so you should be good to go!

Before diving into Nim, try building some of the Tonc 'advanced' demos to make sure your environment is good.

The examples in this repo each use a nimscript configuration which should make a good starting point for any project. From within an example you can run nim build in the terminal to produce a GBA rom.

Happy coding! And if you need any help you can reach me (@exelotl) on the gbdev discord.