SGM is an application that aims to organize roms of your Super Nintendo emulator in a visual, simple and practical way.
Some of the application's functions include:

For a more versatile version, use SMG direct from python.
This version has not been tested yet. But most likely works on windows and mac.
Make sure you have python 3.6 installed with "PyQt5" and "requests" libraries on your computer.
Unzip the downloaded project from the github page. Then run main.py with:

When running the program this will be the main screen.
Click "File" and then "Open roms folder" to add your roms folder. 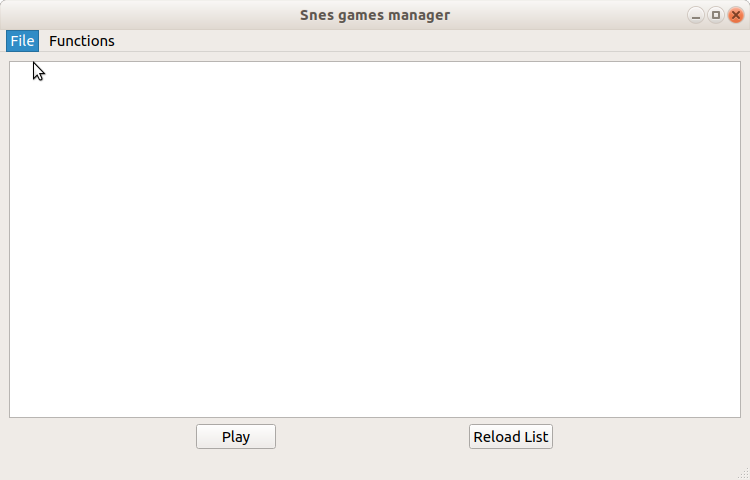 A window should open as the file browser, select the desired folder and click "open". 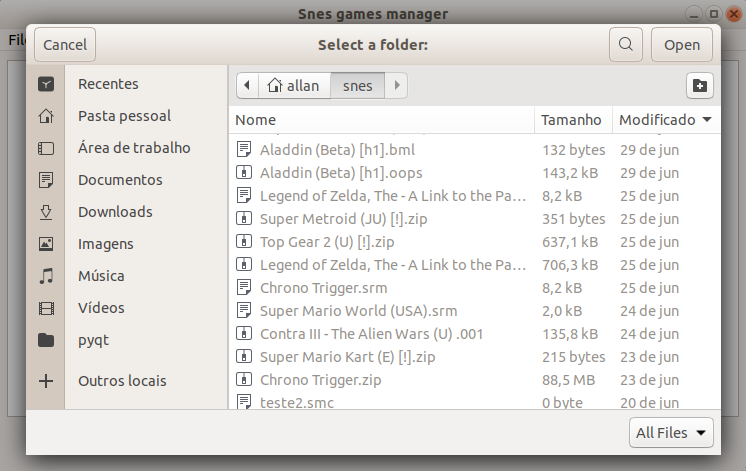 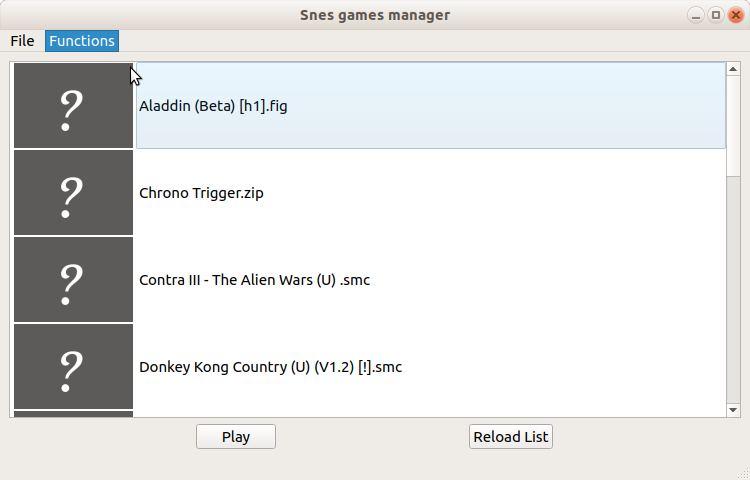 The download will start, after its completion close the dialog box.
Note that sometimes a cover download can fail. This is probably due to the ROM file name.
Try to modify it to be compatible with the original name of the game in capitalized letters. 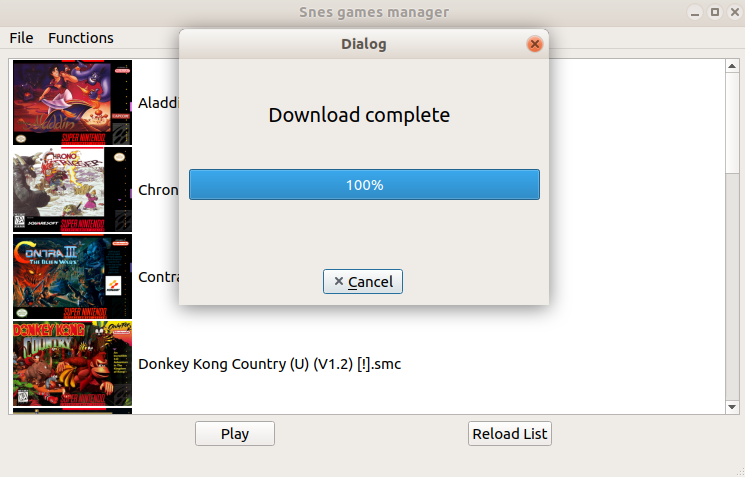 To play the game, simply select it and hit the Play button. Your emulator should take care of the rest.

The project is written in python 3.6, using the UI library PYQT5.
The UI was built entirely using the QT designer.
In order to "compile" the project in executable form, the pyinstaler was used.
In order to download the images, the python requests library was used.
All images are downloaded from this amazing repository.
The code is all appropriate for the English language, although the comments are written in pt-br. This should not be a big obstacle, but I will try to translate that part into the future.

Pull requests are welcome. For big changes, please open a issue to discuss the change.
For direct contact, send me an e-mail: allanvobraun@gmail.com