Abilian SBE revolves around the concept of communities, which are collaborative spaces with services such as lightweight document management, discussions, wikis, user timelines, etc.

It is based on the Abilian Core project which provide the basic services, on top of Flask and SQLAlchemy.

Abilian SBE is used by several major customers in production, since mid 2013. 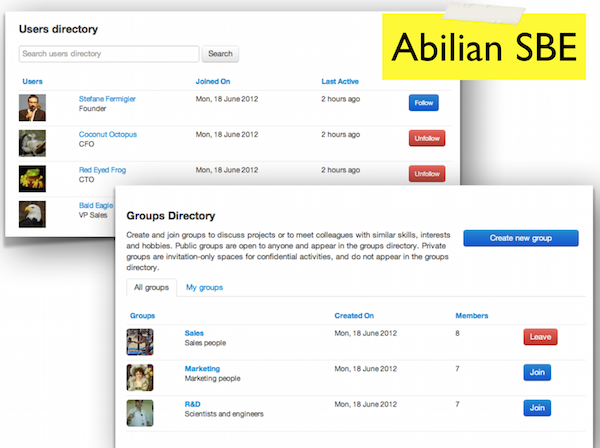 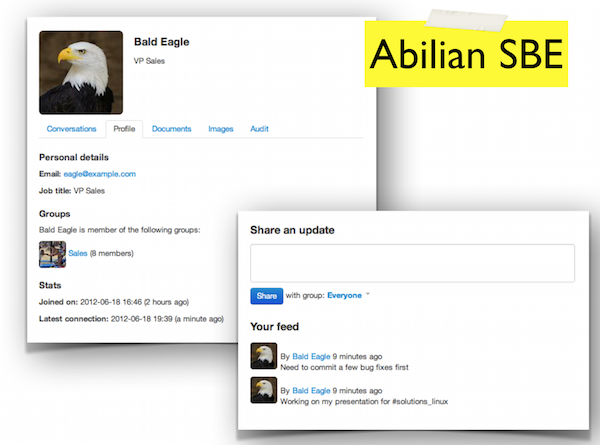 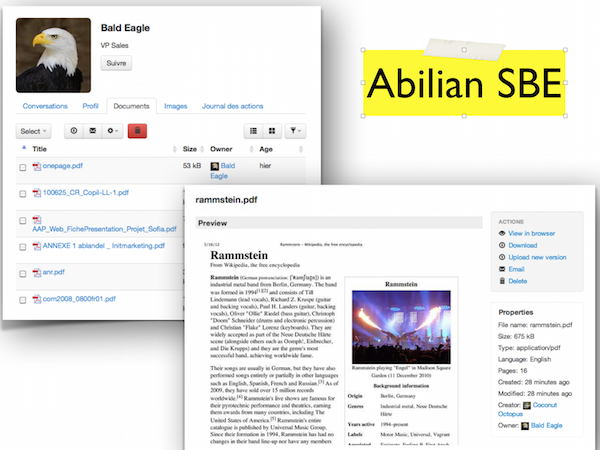 Get a working application

The following commands will create a virtualenv for the application, install a script named abilian_sbe, launch development server and open a setupwizard in your browser:

You will need to install the following packages using homebrew (before running pip install ...):

We currently have two branches:

Make sure all the dependencies are installed (cf. above), then run make test.

The project is under continuous integration with Travis and CircleCI: