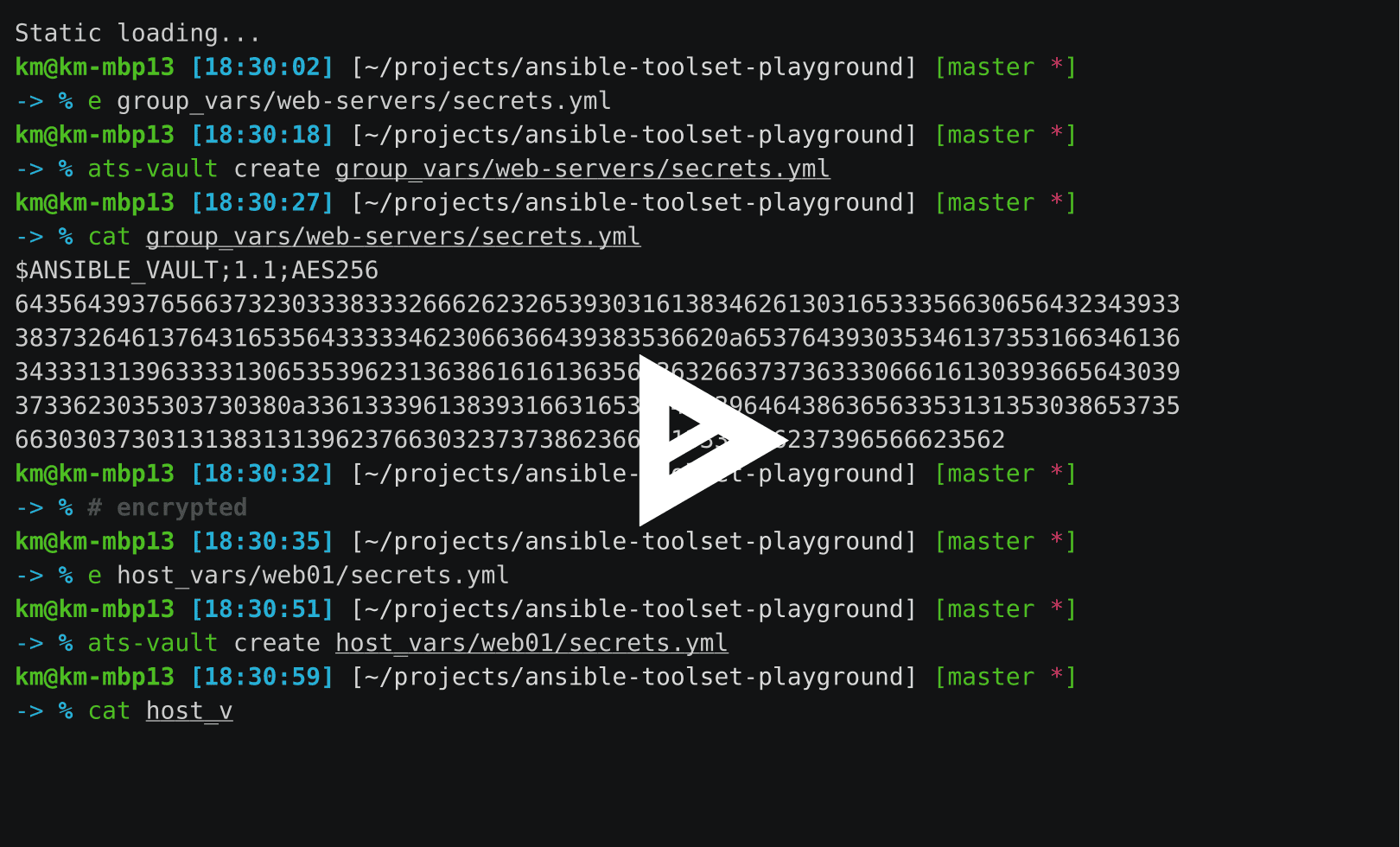 You can install ansible-toolset from PIP like other python package.

At the moment ansible-toolset supports following versions of Ansible:

There is no plan to support Ansible 1.x.

Prevent other users of your computer from being able to see your password.

Set environment variable so Ansible knows where to find password file.
You may want to add this line to your shell profile file.

To create new vault you can use ansible-vault directly.
This command is provided for consistency and convenience.

Grep vaults (including closed ones) against some word:

Grep vaults (including closed ones) against python regex:

ats-vault stores previous encrypted content in SQLite database. When you close wallet without doing changes, original content is restored. It prevents git from seeing changes in files which is opposite to ansible-vault behavior which produces different result every time, even if secrets were not changed.