A high-resolution image-to-PCB converter. Gerbolyze reads and vectorizes black-and-white raster images, then plots the vectorized image into an existing gerber file while avoiding existing features such as text or holes. 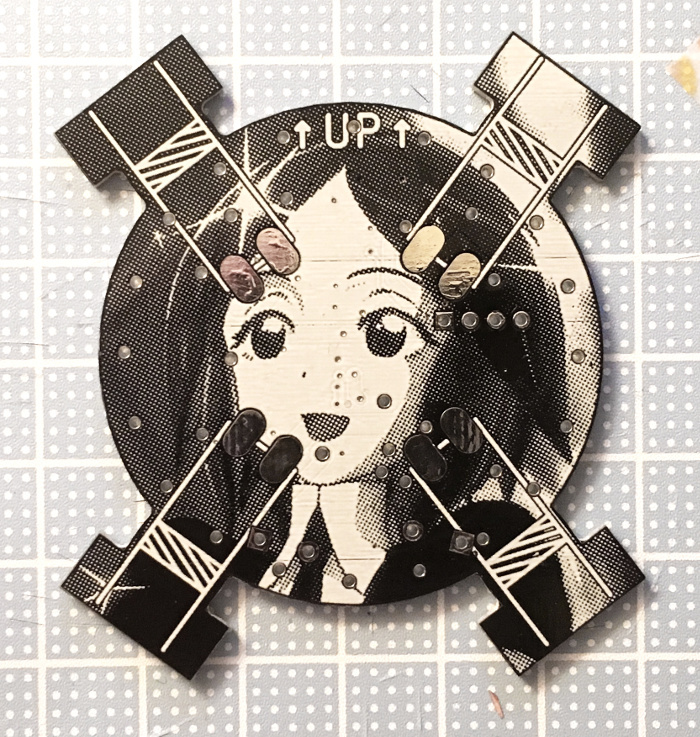 Tooling for PCB art is quite limited in both open source and closed source ecosystems. Something as simple as putting a pretty picture on a PCB can be an extremely tedious task. Depending on the PCB tool used, various arcane incantations may be necessary and even modestly complex images will slow down most PCB tools to a crawl.

Gerbolyze solves this problem in a toolchain-agnostic way by directly vectorizing bitmap files onto existing gerber layers. Gerbolyze has been tested against both the leading open-source KiCAD toolchain and the industry-standard Altium Designer. Gerbolyze is written with performance in mind and will happily vectorize tens of thousands of primitives, generating tens of megabytes of gerber code without crapping itself. With gerbolyze you can finally be confident that your PCB fab's toolchain will fall over before yours does if you overdo it with the high-poly anime silkscreen.

Nice black-and-white images can be generated from any grayscale image using the GIMP's newsprint filter. The straight-forward pre-processing steps necessary for use by gerbolyze vectorize are as follows.

1 Import a render of the board generated using gerbolyze render

gerbolyze render will automatically scale the render such that ten pixels in the render correspond to 6mil on the board, which is about the smallest detail most manufacturers can resolve on the silkscreen layer. You can control this setting using the --fab-resolution and --oversampling options. Refer to gerbolyze --help for details. 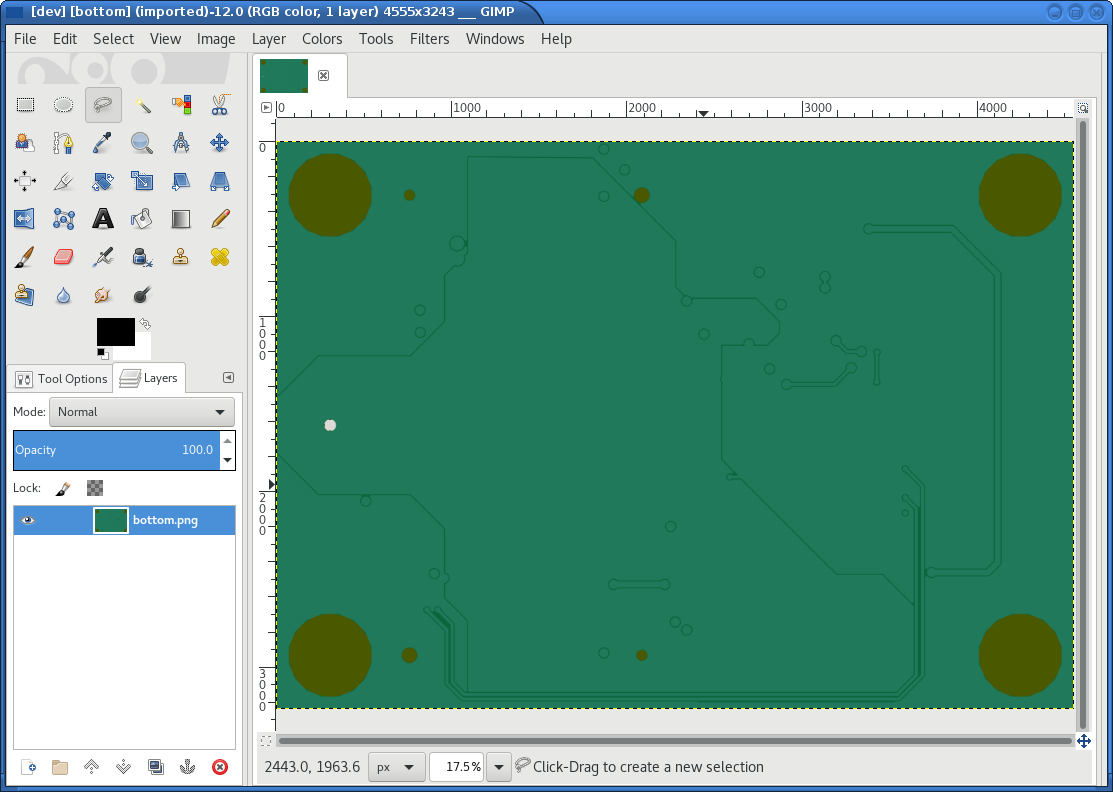 Though anime or manga pictures are highly recommended, you can use any image including photographs. Be careful to select a picture with comparatively low detail that remains recognizable at very low resolution. While working on a screen this is hard to vizualize, but the grain resulting from the low resolution of a PCB's silkscreen is quite coarse. 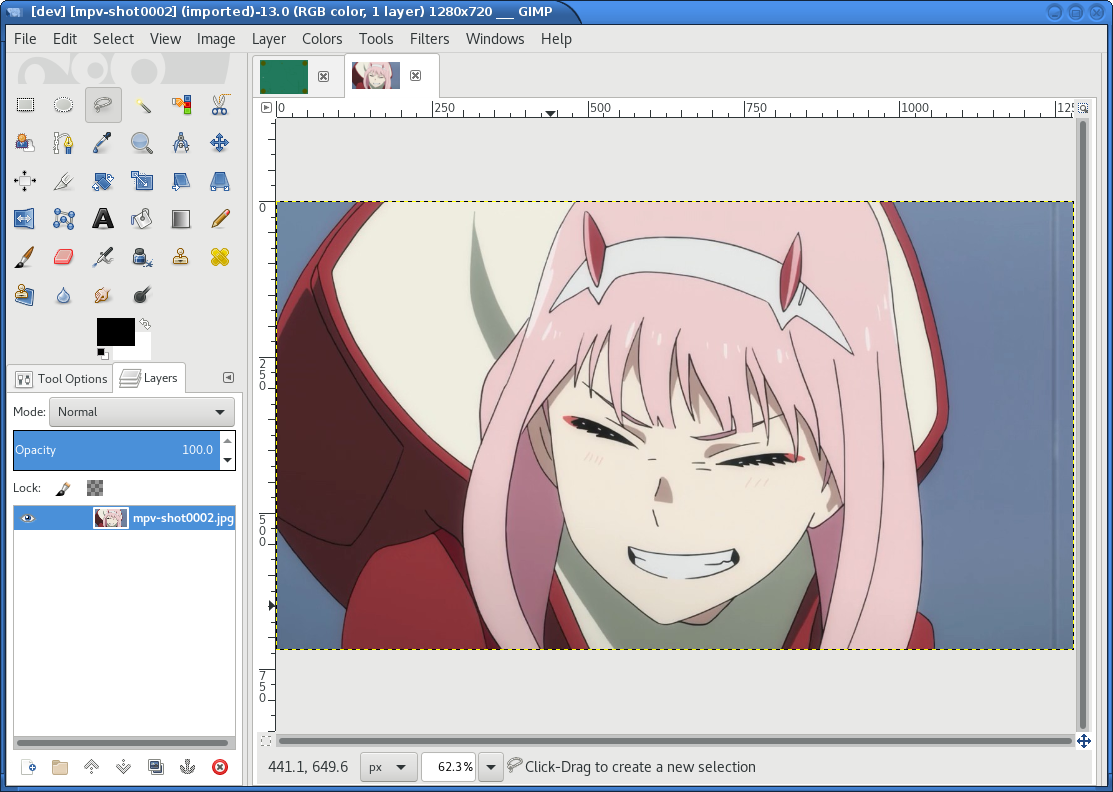 3 Paste the artwork onto the render as a new layer 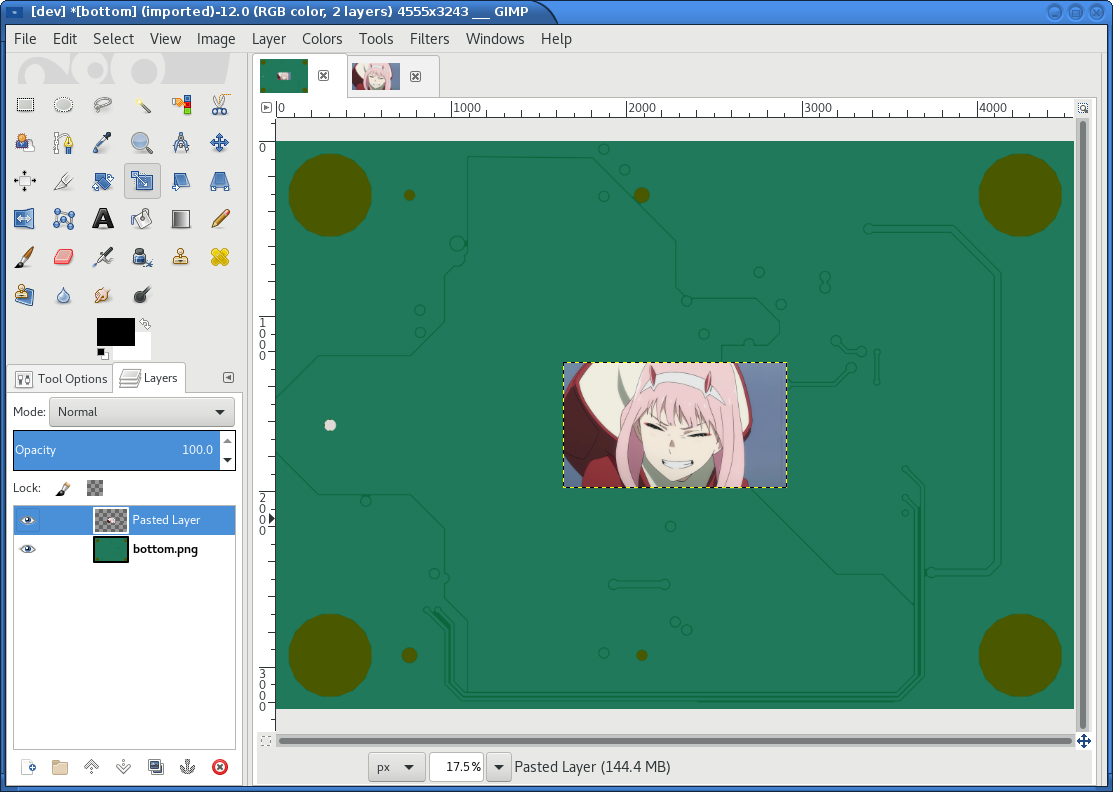 4 Scale, rotate and position the artwork to the desired size 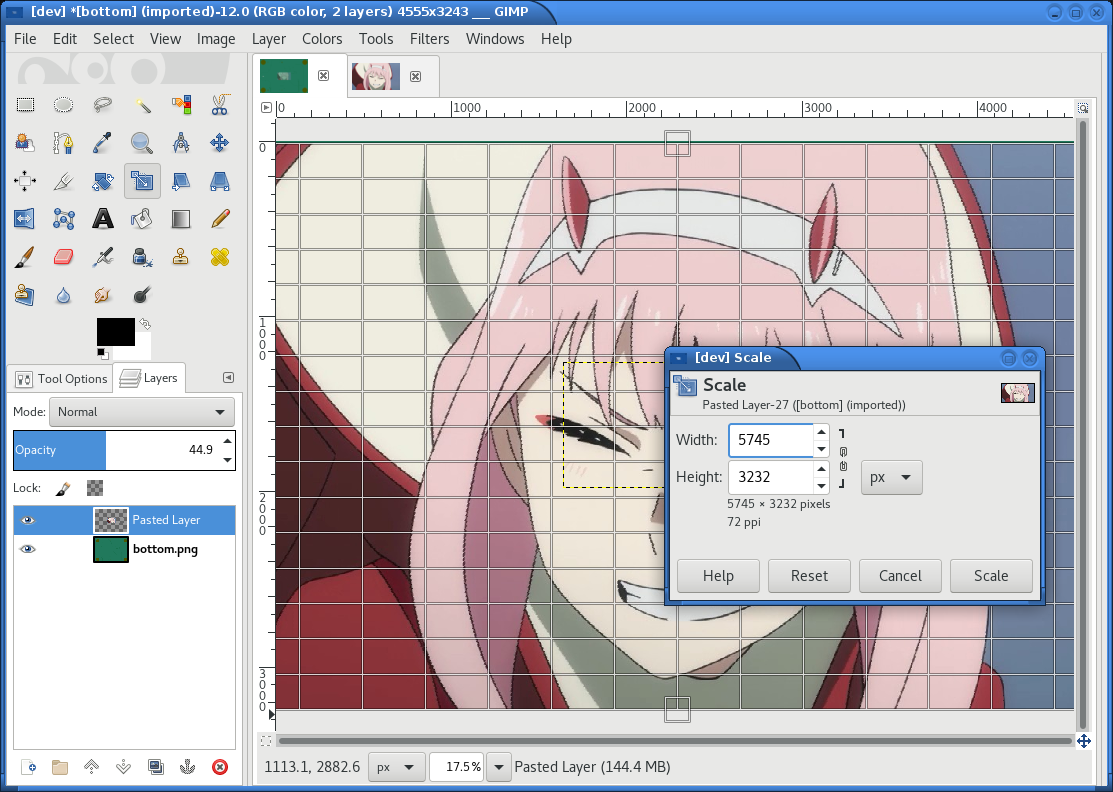 For alignment it may help to set the artwork layer's mode in the layers dialog to overlay, which makes the PCB render layer below shine through more. If you can't set the layer's mode, make sure you have actually made a new layer from the floating selection you get when pasting one image into another in the GIMP. 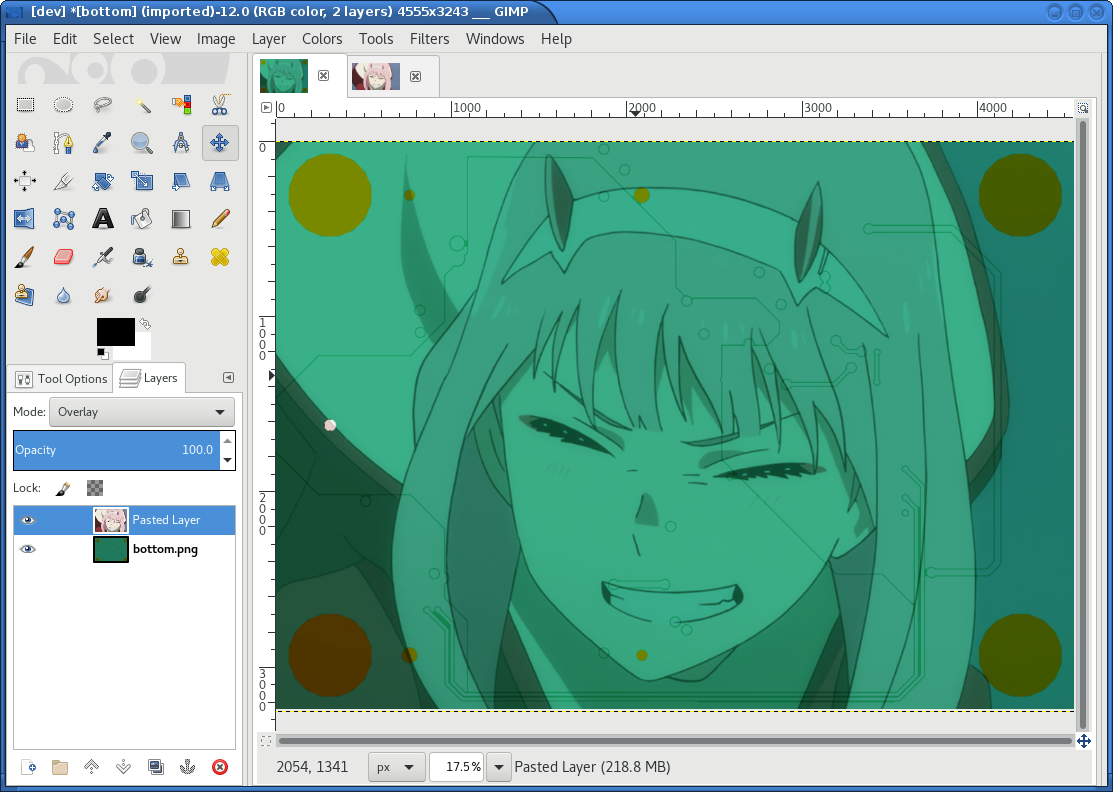 5 Convert the image to grayscale 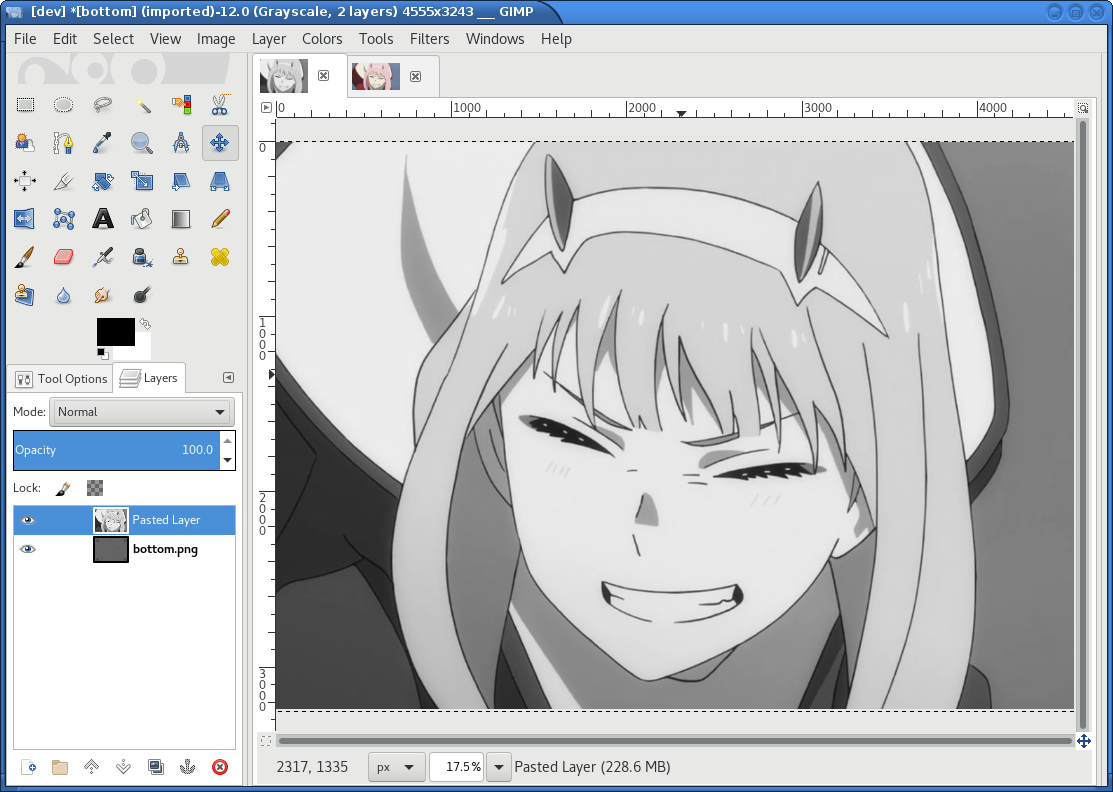 To look well on the PCB, contrast is critical. If your source image is in color, you may have lost some contrast during grayscale conversion. Now is the time to retouch that using the GIMP's color curve tool.

When using the GIMP's newsprint filter, bright grays close to white and dark grays close to black will cause very small dots that might be beyond your PCB manufacturer's maximum resolution. To control this case, add small steps at the ends of the grayscale value curve as shown (exaggerated) in the picture below. These steps saturate very bright grays to white and very dark grays to black while preserving the values in the middle. 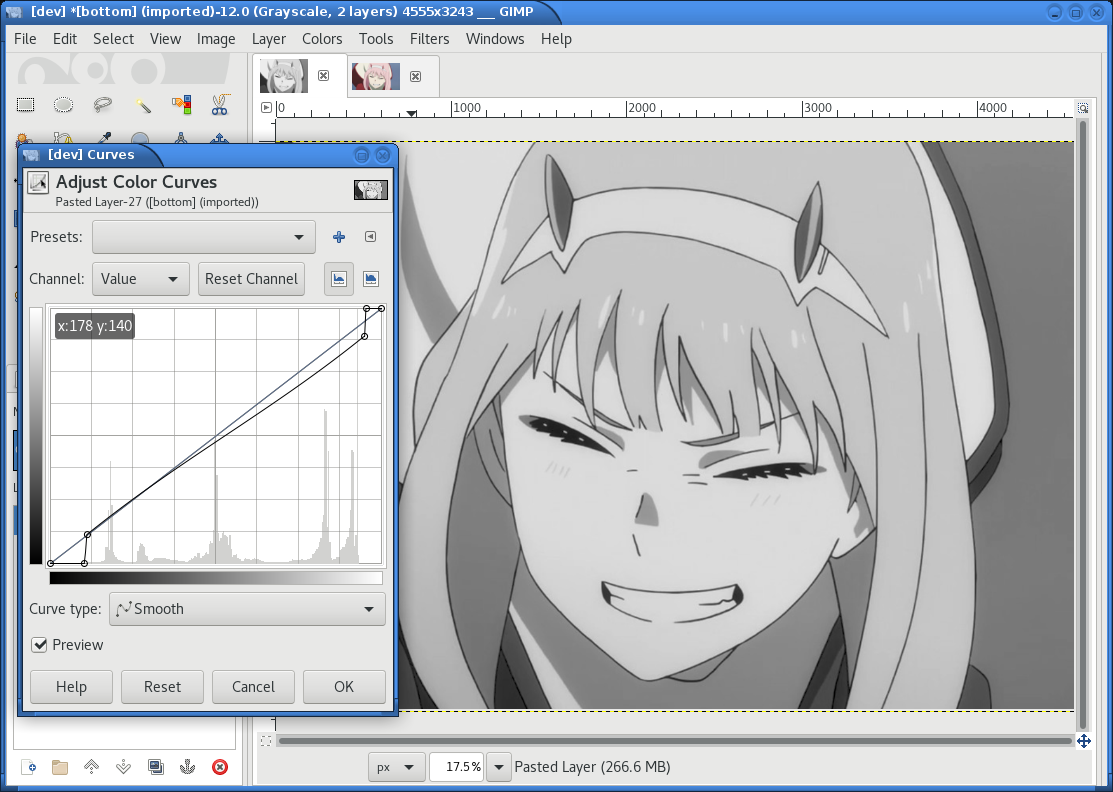 Therer might be small details that don't look right yet, such as the image's background color or small highlights that merge into the background now. You can manually change the color of any detail now using the GIMP's flood-fill tool.

If you don't want the image's background to show up on the final PCB at all, just make it black.

Particularly on low-resolution source images it may make sense to apply a blur with a radius similar to the following newsprint filter's cell size (10px) to smooth out the dot pattern generated by the newsprint filter. 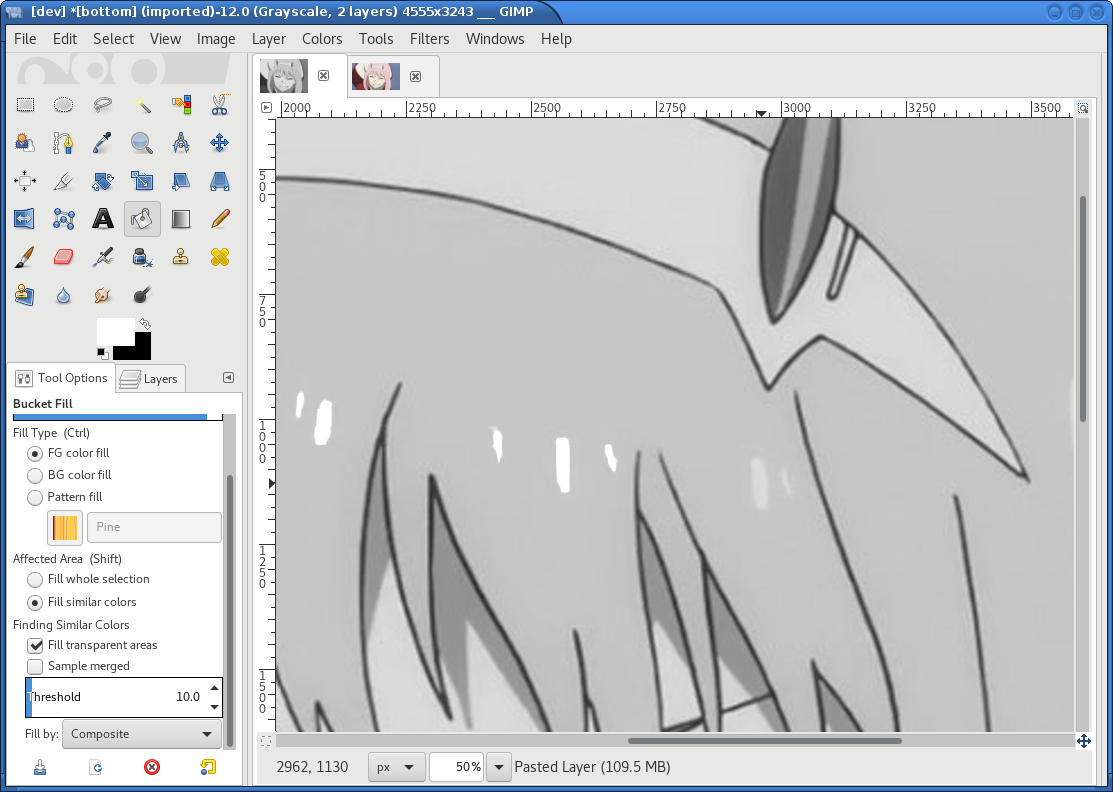 In the following example, I retouched the highlights in the hair of the character in the picture to make them completely white instead of light-gray, so they still stand out nicely in the finished picture. 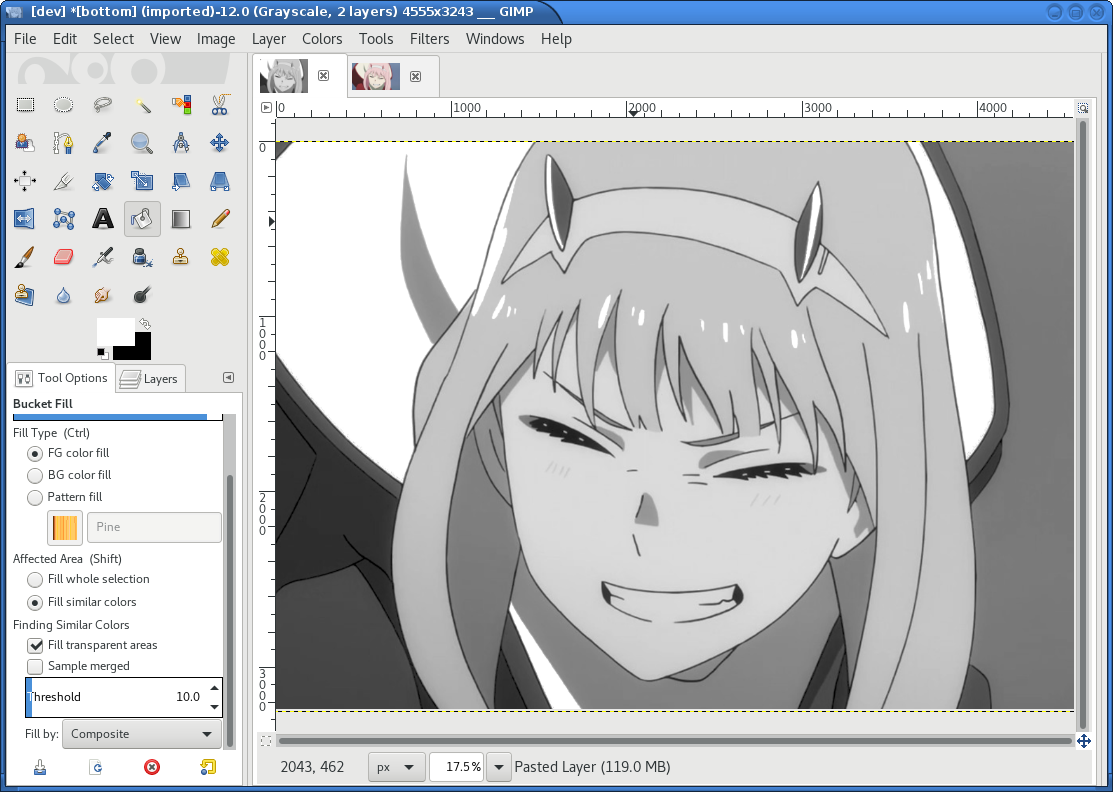 The first important settings is the spot size, which should be larger than your PCB's minimum detail size (about 10px with gerbolyze render default settings for good-quality silkscreen). In general the cheap and fast standard option of chinese PCB houses will require a larger detail size, but when you order specialty options like large size, 4-layer or non-green color along with a longer turnaround time you'll get much better-quality silk screen.

The second important setting is oversampling, which should be set to four or slightly higher. This improves the result of the edge reconstruction of gerbolyze vectorize. 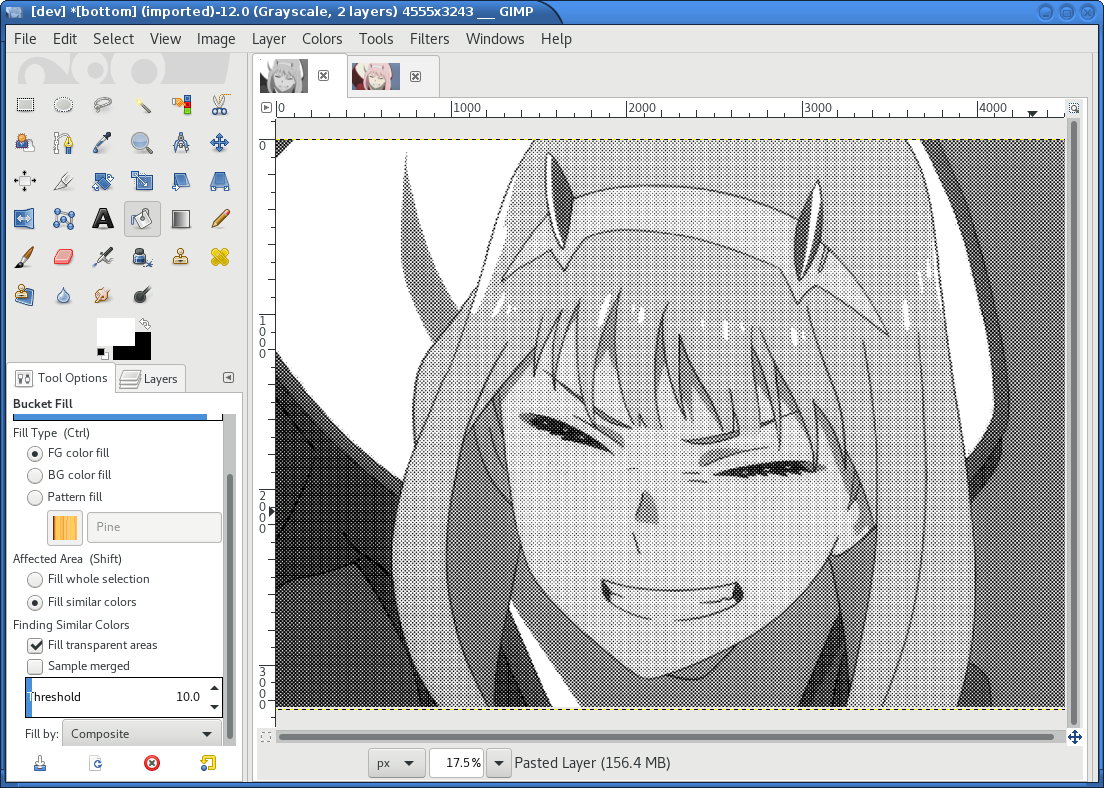 The following are examples on the detail resulting from the newsprint filter. 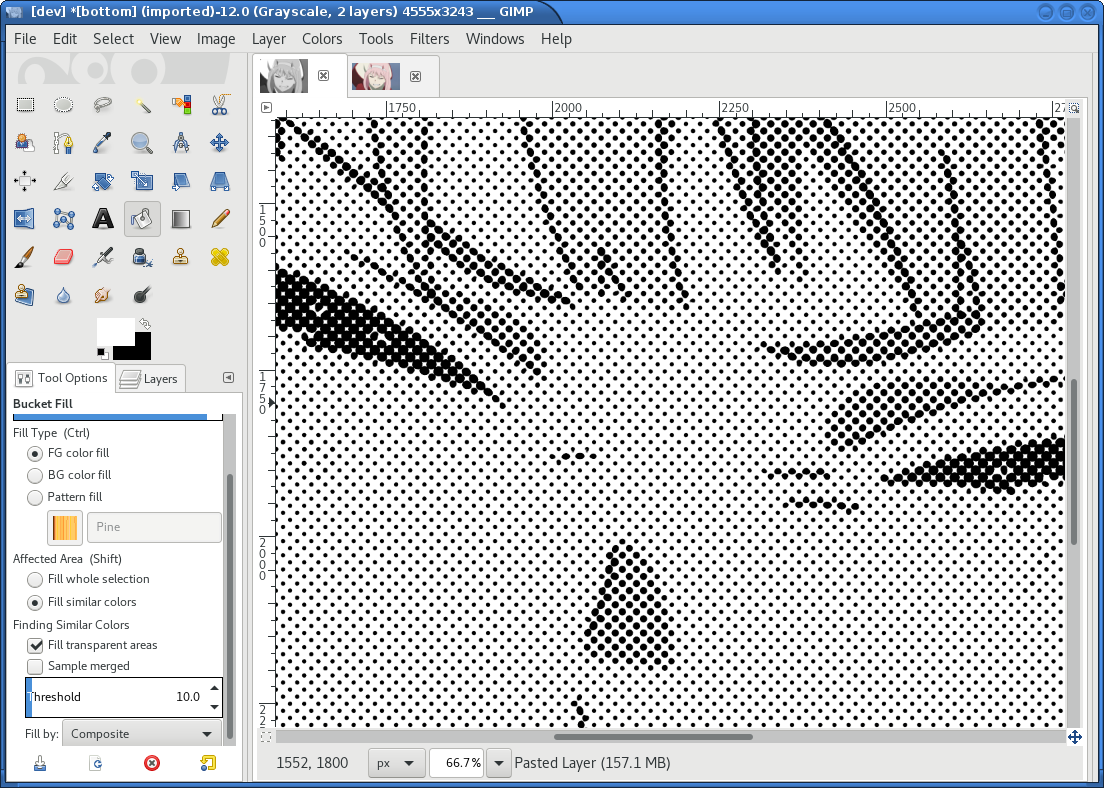 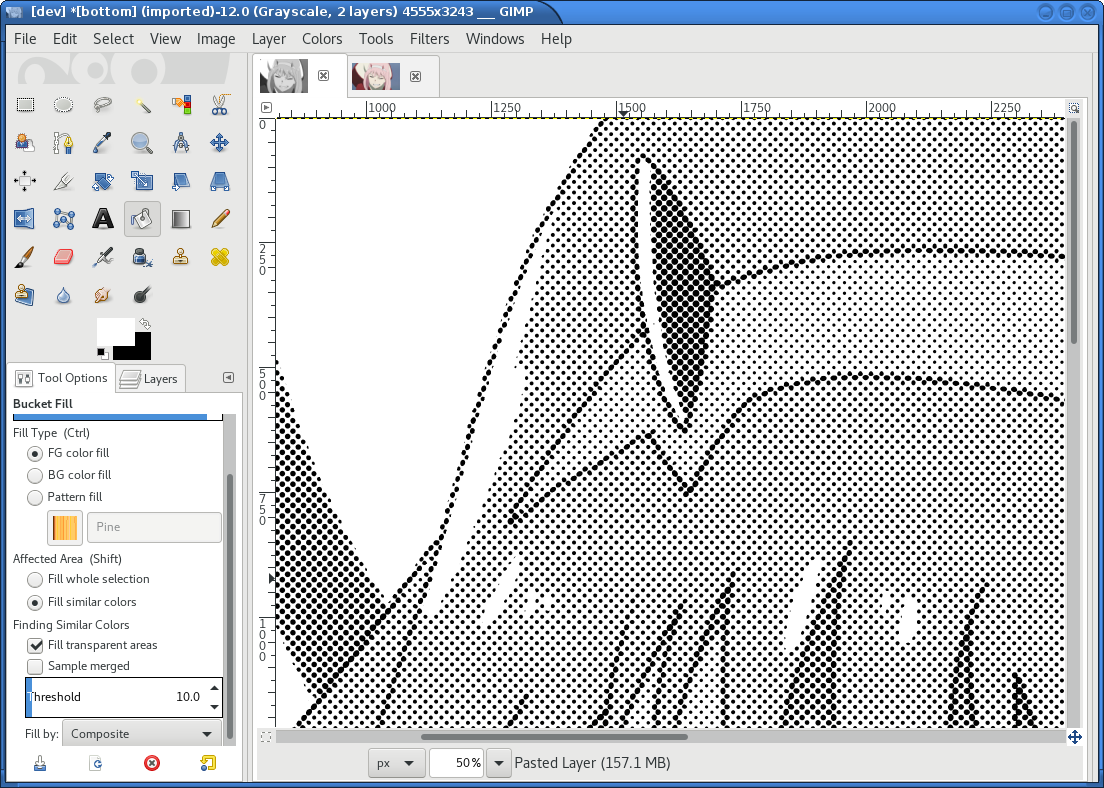 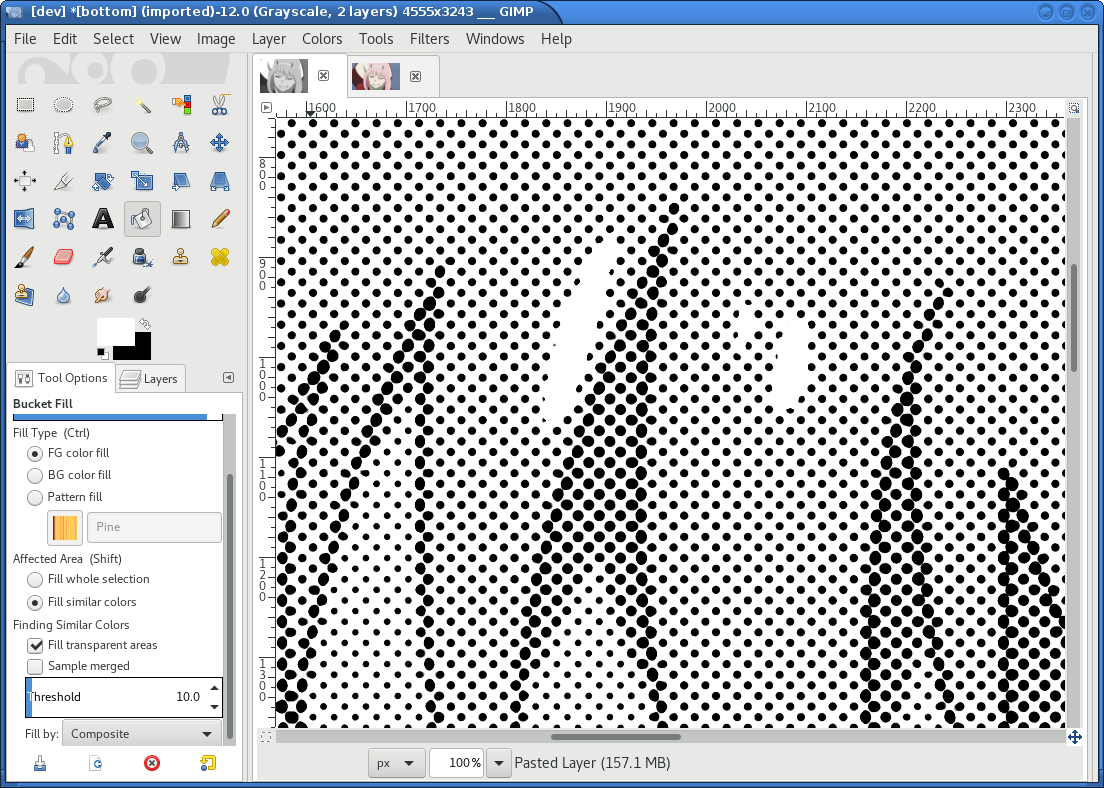 9 Export the image for use with gerbolyze vectorize

Simply export the image as a PNG file. Below are some pictures of the output gerbolyze vectorize produced for this example. 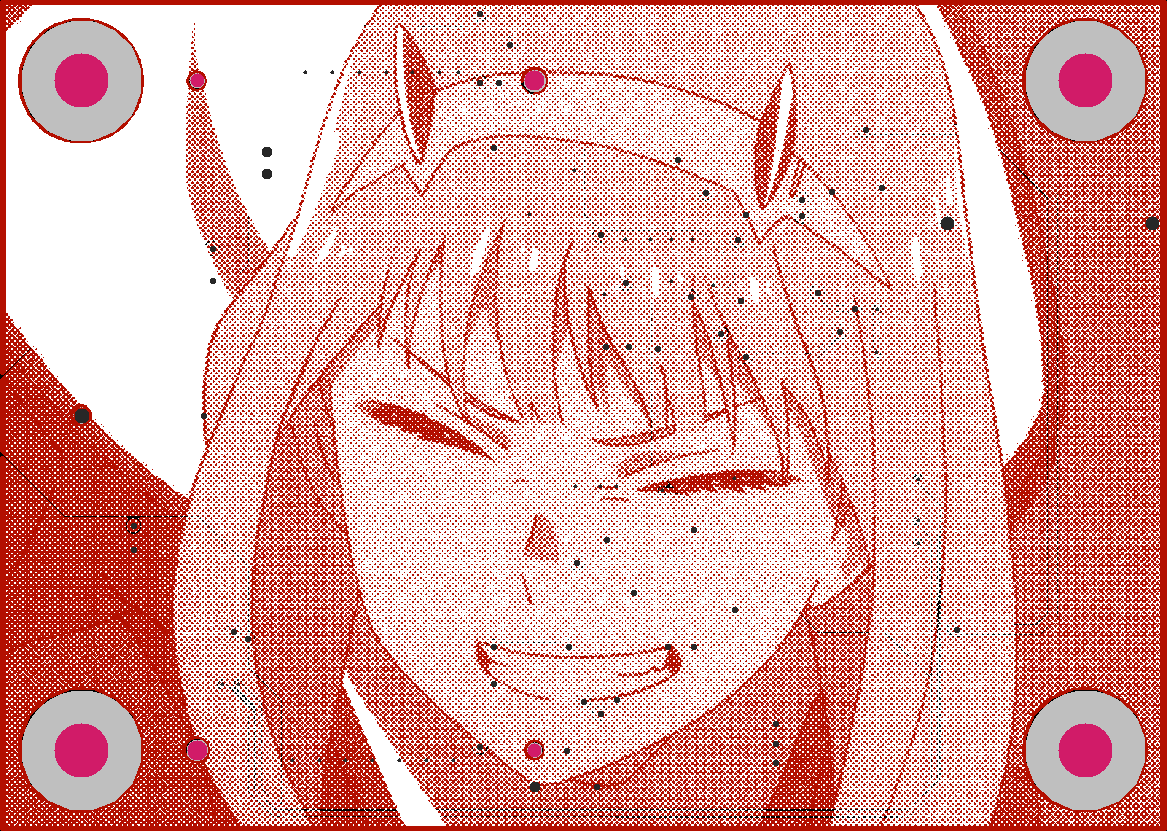 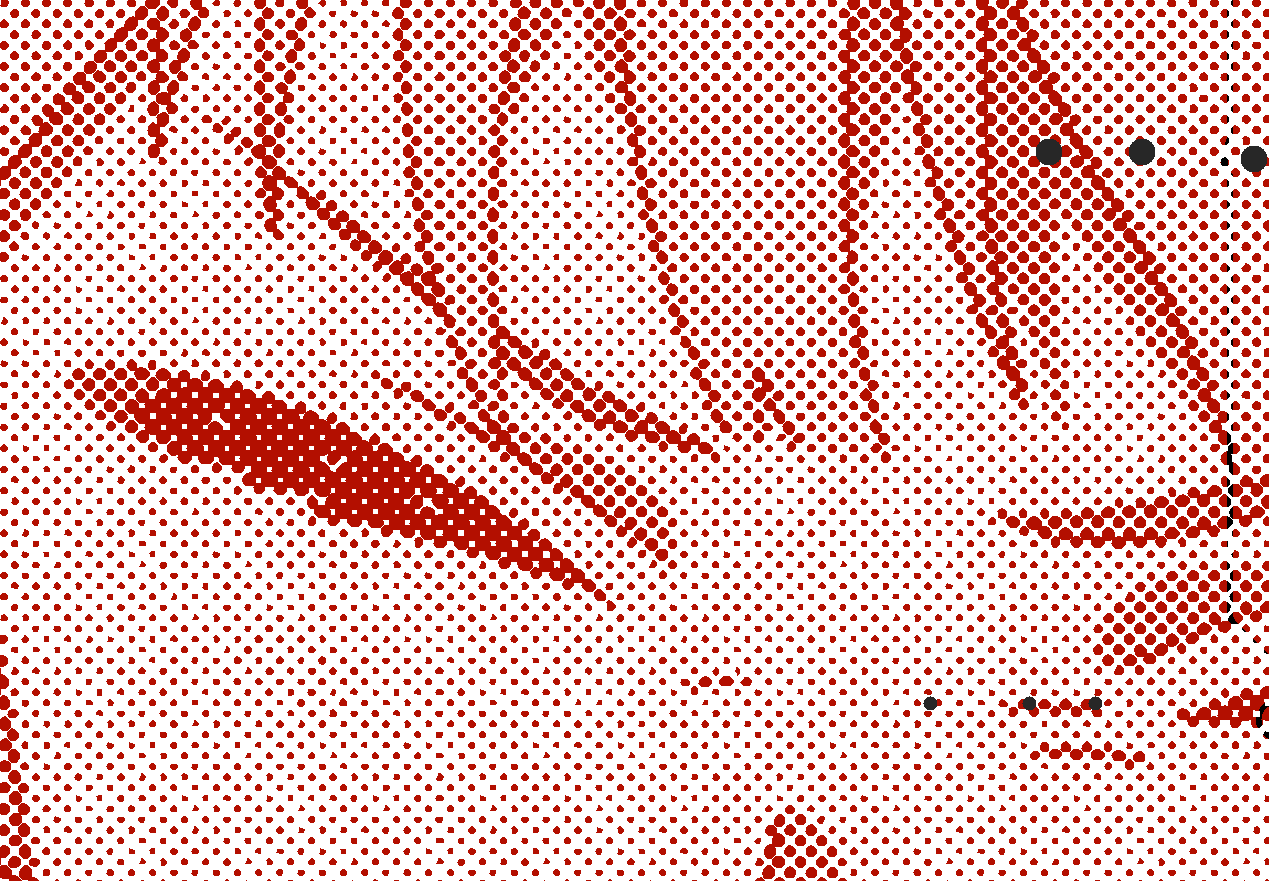 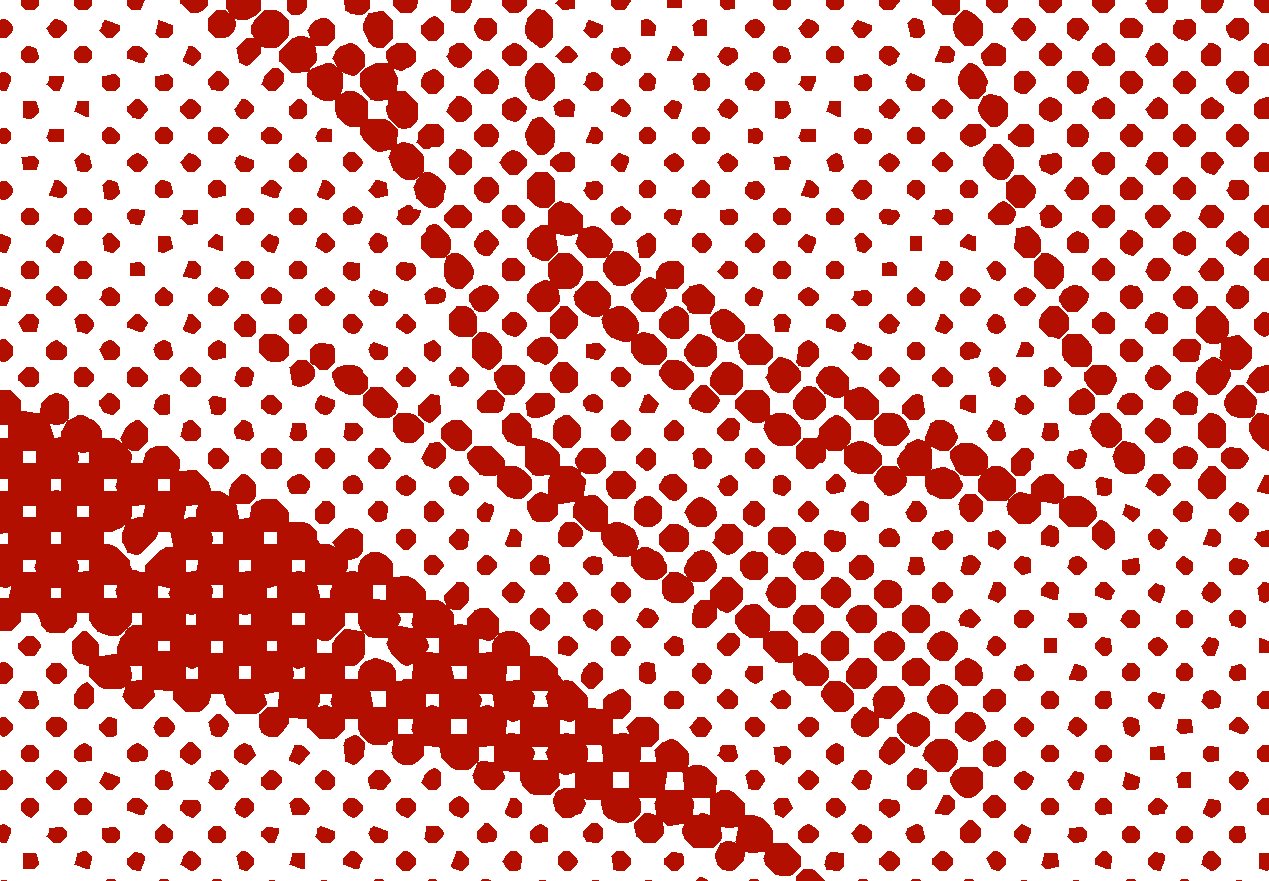 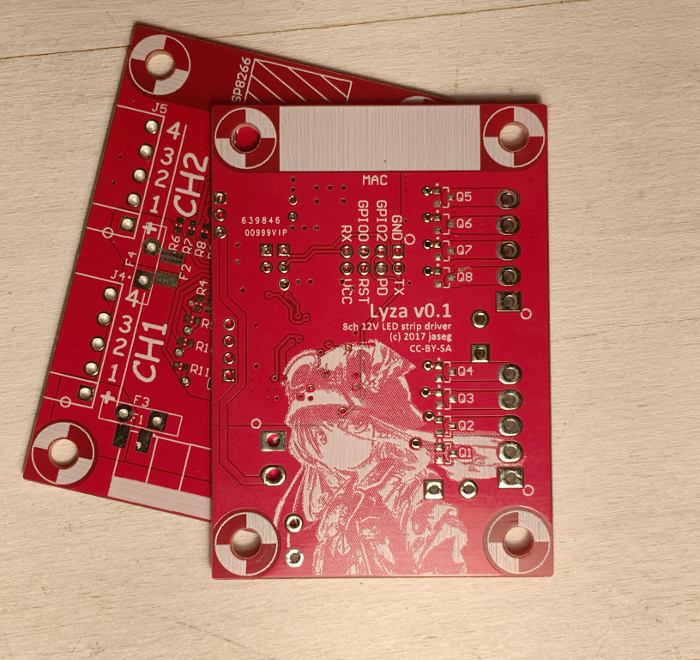 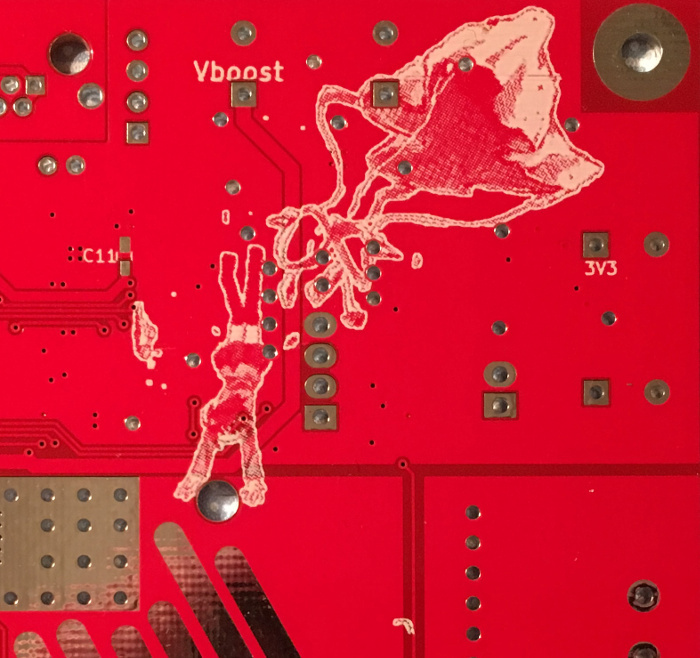