This package contains fork of Horovod (distributed training framework for TensorFlow and others) adjusted to work with Habana® TensorFlow bridge on Habana® Gaudi® accelerator. 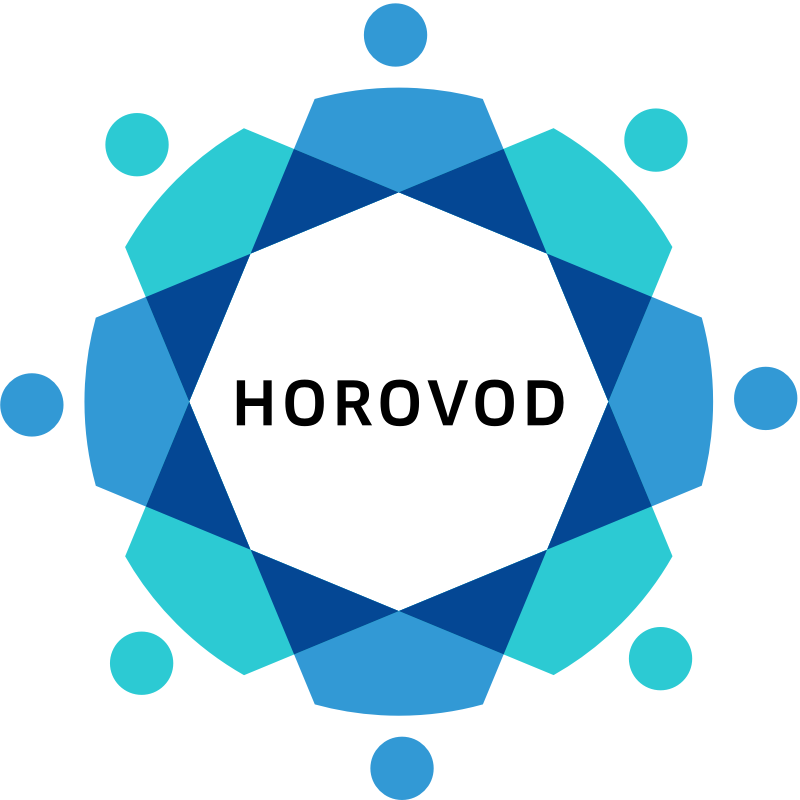 The primary motivation for this project is to make it easy to take a single-GPU training script and successfully scale it to train across many GPUs in parallel. This has two aspects:

Internally at Uber we found the MPI model to be much more straightforward and require far less code changes than previous solutions such as Distributed TensorFlow with parameter servers. Once a training script has been written for scale with Horovod, it can run on a single-GPU, multiple-GPUs, or even multiple hosts without any further code changes. See the Usage section for more details.

In addition to being easy to use, Horovod is fast. Below is a chart representing the benchmark that was done on 128 servers with 4 Pascal GPUs each connected by RoCE-capable 25 Gbit/s network:

While installing MPI and NCCL itself may seem like an extra hassle, it only needs to be done once by the team dealing with infrastructure, while everyone else in the company who builds the models can enjoy the simplicity of training them at scale.

To install Horovod on Linux or macOS:

For more details on installing Horovod with GPU support, read Horovod on GPU.

For the full list of Horovod installation options, read the Installation Guide.

If you want to use MPI, read Horovod with MPI.

If you want to use Conda, read Building a Conda environment with GPU support for Horovod.

If you want to use Docker, read Horovod in Docker.

To compile Horovod from source, follow the instructions in the Contributor Guide.

Horovod core principles are based on MPI concepts such as size, rank, local rank, allreduce, allgather, broadcast, and alltoall. See this page for more details.

See these pages for Horovod examples and best practices:

To use Horovod, make the following additions to your program:

The example commands below show how to run distributed training. See Run Horovod for more details, including RoCE/InfiniBand tweaks and tips for dealing with hangs.

Gloo comes included with Horovod, and allows users to run Horovod without requiring MPI to be installed.

For environments that have support both MPI and Gloo, you can choose to use Gloo at runtime by passing the --gloo argument to horovodrun:

Horovod supports mixing and matching Horovod collectives with other MPI libraries, such as mpi4py, provided that the MPI was built with multi-threading support.

You can check for MPI multi-threading support by querying the hvd.mpi_threads_supported() function.

Learn how to optimize your model for inference and remove Horovod operations from the graph here.

One of the unique things about Horovod is its ability to interleave communication and computation coupled with the ability to batch small allreduce operations, which results in improved performance. We call this batching feature Tensor Fusion.

Horovod has the ability to record the timeline of its activity, called Horovod Timeline.

Selecting the right values to efficiently make use of Tensor Fusion and other advanced Horovod features can involve a good amount of trial and error. We provide a system to automate this performance optimization process called autotuning, which you can enable with a single command line argument to horovodrun.

Horovod allows you to concurrently run distinct collective operations in different groups of processes taking part in one distributed training. Set up hvd.process_set objects to make use of this capability.

See Troubleshooting and submit a ticket if you can't find an answer.

Please cite Horovod in your publications if it helps your research:

2. Sergeev, A. (2017) Horovod - Distributed TensorFlow Made Easy. Retrieved from https://www.slideshare.net/AlexanderSergeev4/horovod-distributed-tensorflow-made-easy

The Horovod source code was based off the Baidu tensorflow-allreduce repository written by Andrew Gibiansky and Joel Hestness. Their original work is described in the article Bringing HPC Techniques to Deep Learning.