This is a Python Package to help you to create a MitM (Man-in-the-Middle) channel-based attack in a 802.11 network. 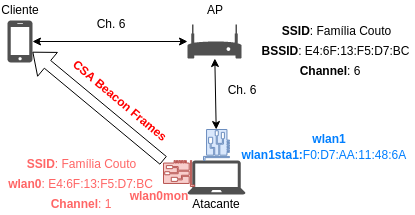 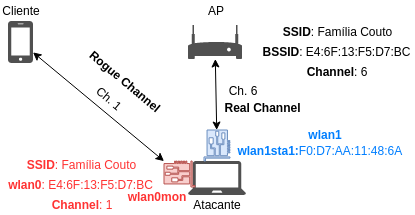 The package needs two wireless cards to work. It configures the 2 interfaces on them and more 2 virtual interfaces (the interfaces names may vary according to the system):

Then, it is created sockets on monitor interfaces.