NOTE: This library uses the Anova REST API and has been tested with the Anova Precision Cooker Pro. Make sure your Anova cooker supports WiFi and is already connected.

This should install pyanova on your system. You can use it in your own Python scripts like so:

You will need your cooker ID to use pyanova. This can be easily found in the Anova app when your cooker is connected to WiFi.

On the profile page, click the settings button (top right of the page, cog icon) and choose "Cooker Details." 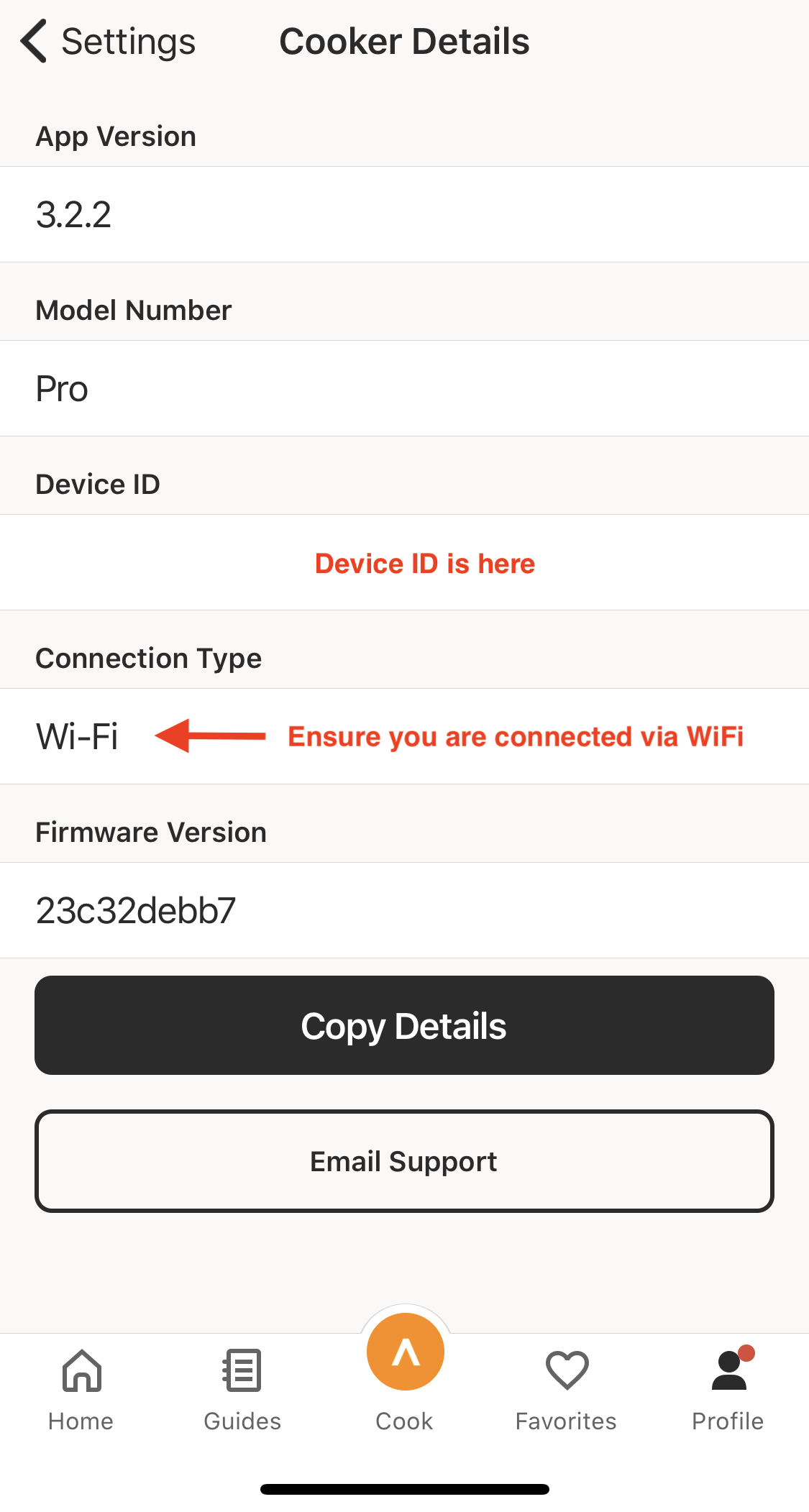 To get started, first import the AnovaCooker class from anova.

The code above initializes the cooker into the cooker variable. Simply initializing the cooker object with cooker state does not require authentication with the Anova API, and as such can be used to obtain information about any cooker as long as you have the cooker ID.

There are four state variables that can be modified and pushed to the cooker:

Before setting the cooker state, you must authenticate with the Anova API. In the current version of pyanova, only email/password authentication is supported. You can authenticate yourself in pyanova like so:

Once you're authenticated, starting a new cook that will last 2 hours at 55 degrees Celcius will look like this:

The cooker.save() method calls the Anova API and starts the cook.

The cooker's display unit is the unit used to display temperature in the Anova app and on the cooker itself. This can be changed like so:

NOTE: The target temperature is always in Celcius. Changing the display temperature does not change this.

Before checking the values of state variables, always make sure they are the most current by calling cooker.update_state(). Calling update_state() after modifying one of the mutable variables but before calling save() will cause the changes to be overwritten with the values from the API.

All the available state variables are: