PyCharge is an open-source computational electrodynamics Python simulator that can calculate the electromagnetic fields and potentials generated by moving point charges and can self-consistently simulate dipoles modeled as Lorentz oscillators.

PyCharge was developed to allow both novice and experienced users model a wide range of classical electrodynamics systems using point charges: the package can be used as a pedagogical tool for undergraduate and graduate-level EM theory courses to provide an intuitive understanding of the EM waves generated by moving point charges, and can also be used by researchers in the field of nano-optics to investigate the complex interactions of light in nanoscale environments.

Our computational physics paper introducing the PyCharge package is available on arXiv and includes an extensive review of the rich physics that govern the coupled dipole simulations.

See the manual hosted at pycharge.readthedocs.io for the latest documentation.

PyCharge and its dependencies can be installed using pip:

To install in development mode, clone the GitHub repository and install with pip using the editable option:

An overview of the classes and methods implemented in the PyCharge package is shown in the figure below: 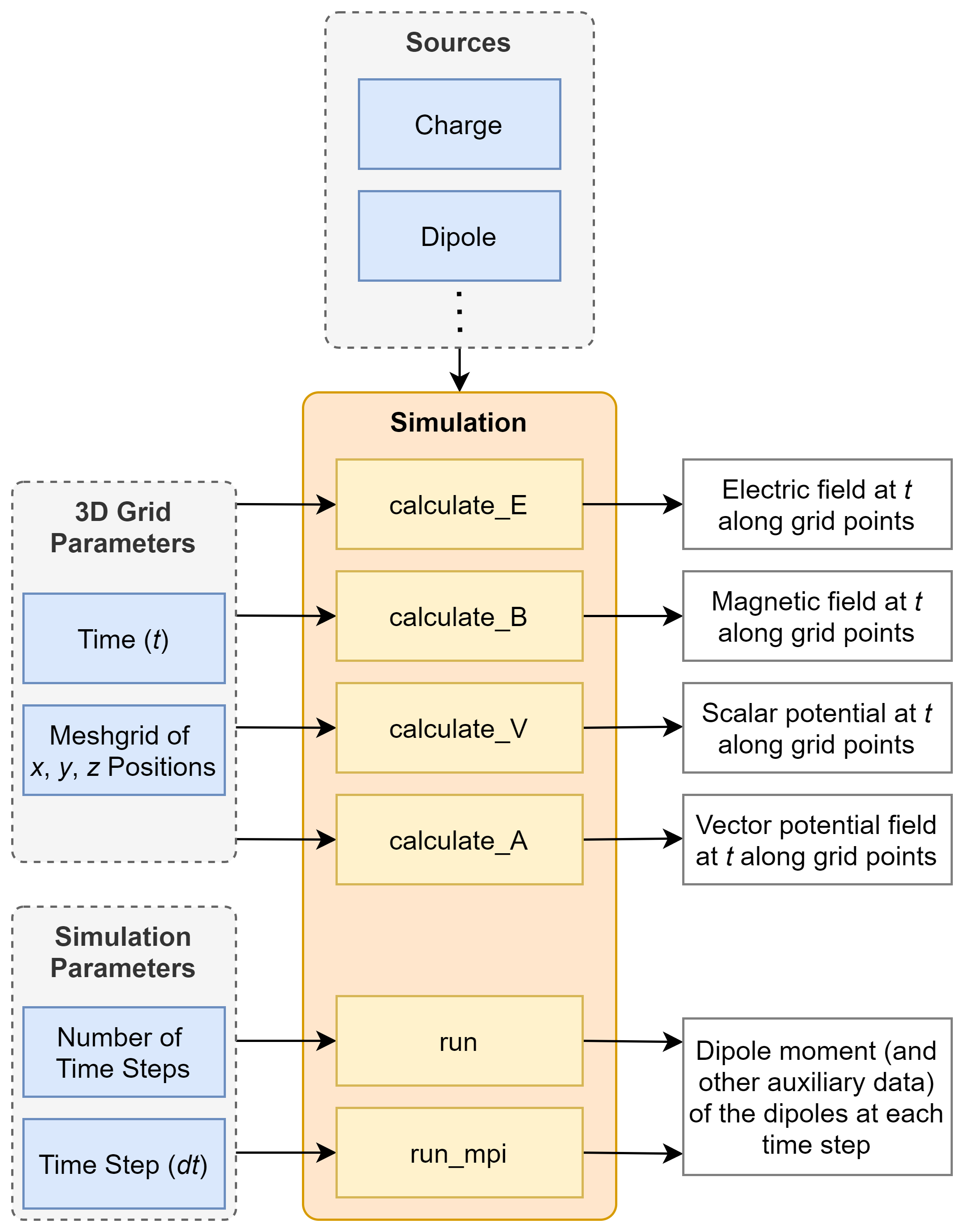 The electromagnetic fields and potentials generated by moving point charges can be calculated using PyCharge with only a few lines of code. The following script calculates the electric field components and scalar potential along a spatial grid in the x-y plane generated by two stationary charges:

Two dipoles separated by 80 nm along the x-axis are simulated over 40,000 timesteps in the script below:

For more examples and usage, please refer to the documentation.

We welcome all bug reports and suggestions for future features and enhancements, which can be filed as GitHub issues. To contribute a feature:

If you are using PyCharge for research purposes, we kindly request that you cite the following paper:

PyCharge is distributed under the GNU GPLv3. See LICENSE for more information.

PyCharge was written as part of a graduate research project at Queen's University (Kingston, Canada) by Matthew Filipovich and supervised by Stephen Hughes.