Upstream is June 7th: A virtual event for app developers, OSS maintainers, and the people who care about OSS. RSVP for free.
This package has been marked as deprecated you can use it but you might want to use an alternative.

Allows you to build forms in the CMS admin area and add them to any StreamField in your site. You can add your own fields along with the vast array of default fields which include the likes of file fields. Form submissions are controlled by hooks that you can add that process the forms cleaned data. Templates can be created which will then appear as choices when you build your form, allowing you to display and submit a form however you want.

Please note that due to this package being virtually re-written for version 3, you cannot upgrade any existing older version of this package to version 3 and onwards. If you have an existing version installed less than 3 then you will need to completely remove it including tables and any migrations that were applied in the databases django_migrations table.

If you are using a version of wagtail 1.x, then the latest compatible version of this package is 1.6.3:

Other wise you must install a version of this package from 2 onwards:

What else is included?

Can be found on readthedocs. 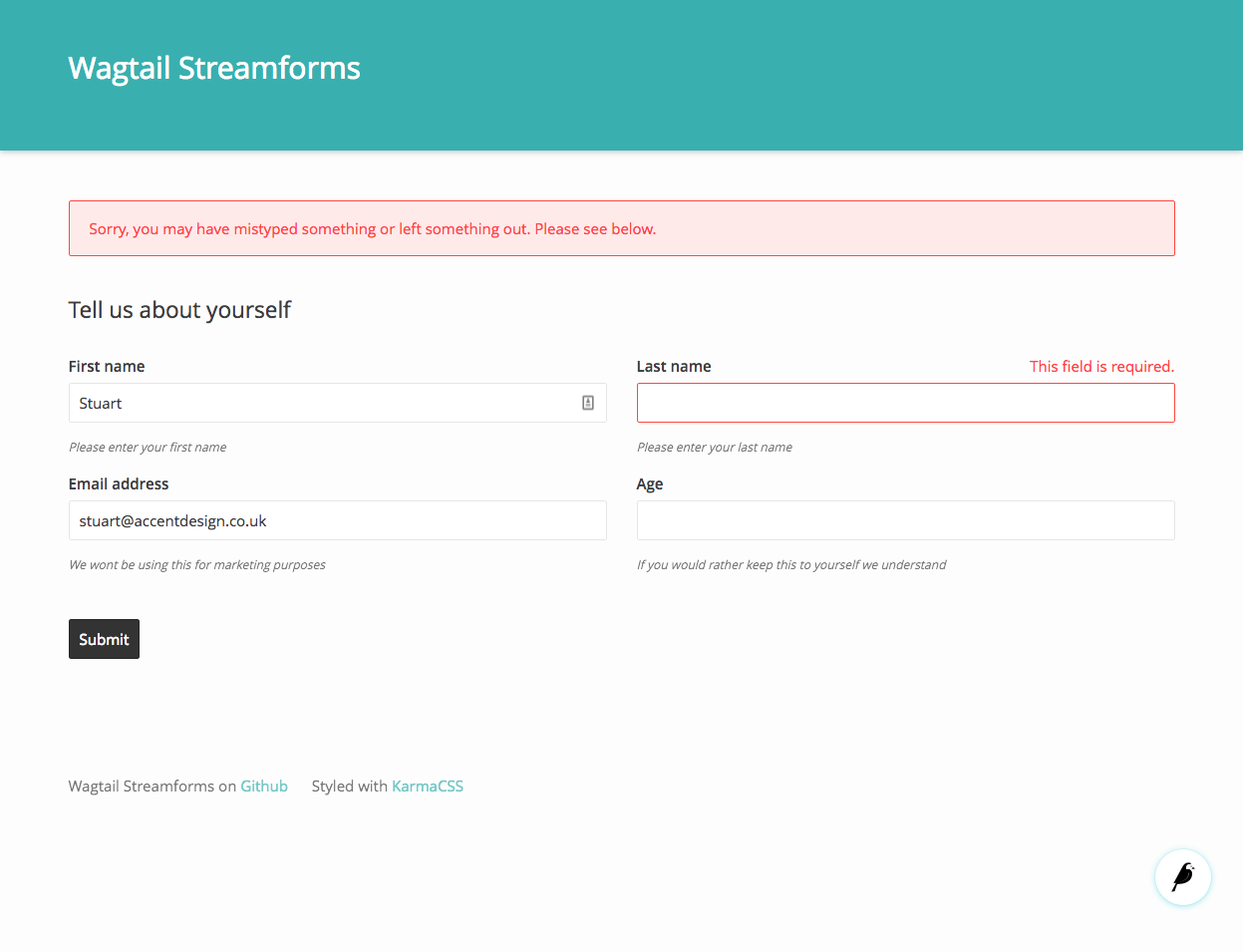 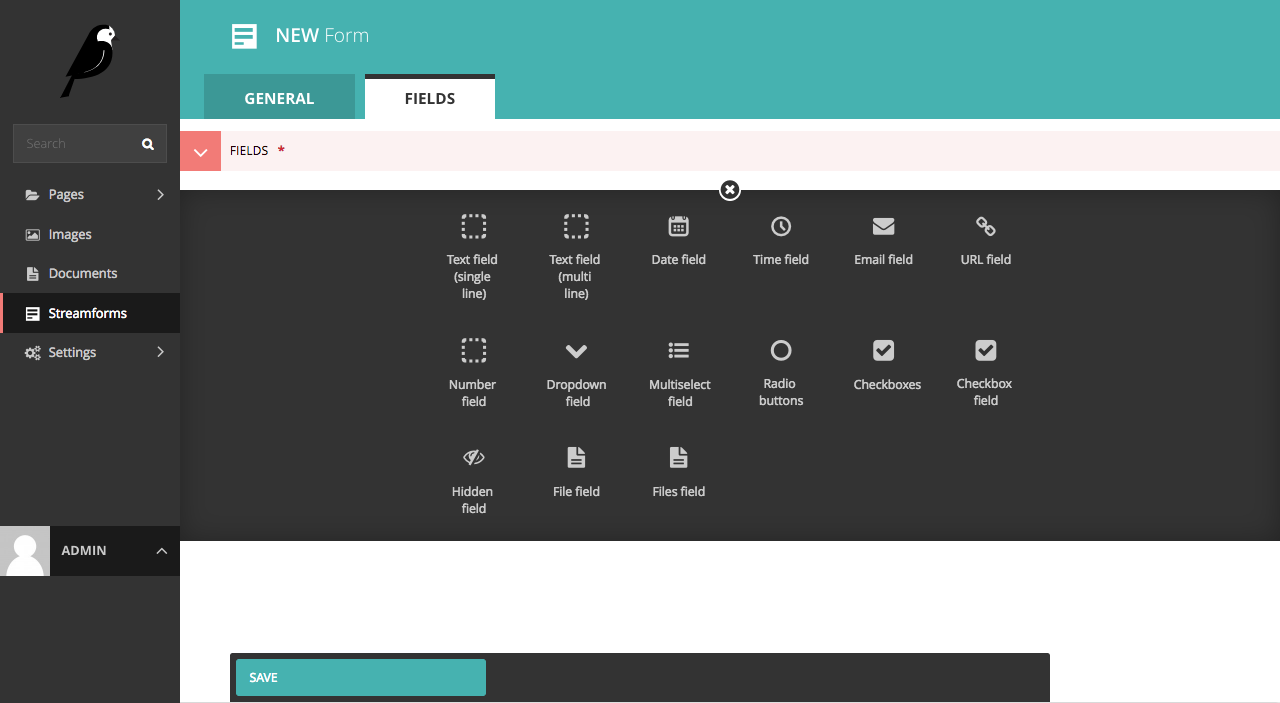 Create yourself a superuser