Nety - Currently under heavy work, don't use it for now!

Nety is a Python library, which parses through Cisco IOS-style (and other vendor) configurations. It can:

The library examines an IOS-style config and breaks it into a set of linked parent / child relationships. You can perform complex queries about these relationships. 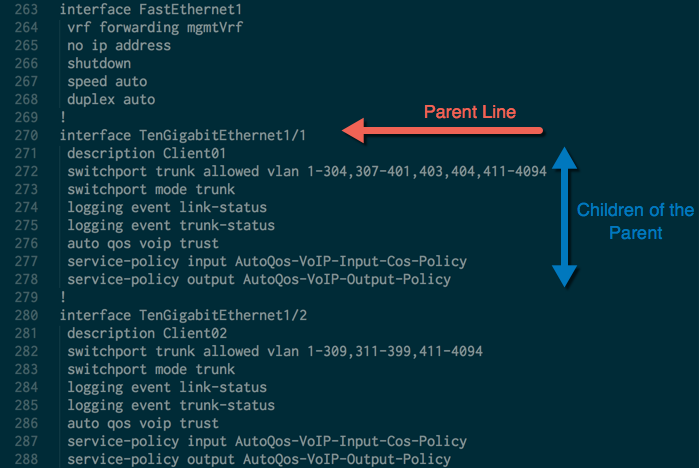 What if we don't use Cisco?

Don't let that stop you.

As of Nety 1.2.4, you can parse brace-delimited configurations into a Cisco IOS style (see Github Issue #17), which means that Nety understands these configurations:

Nety also handles anything that has a Cisco IOS style of configuration, which includes:

Nety requires Python versions 3.5+ (We no longer support Python 2.x); the OS should not matter. If you want to run it under a Python virtualenv, it's been heavily tested in that environment as well.

The best way to get Nety is with setuptools or pip. If you already have setuptools, you can install as usual:

Alternatively you can install into Python2.x with pip:

Otherwise download it from PyPi, extract it and run the setup.py script:

If you're interested in the source, you can always pull from the github repo:

Travis CI project tests Nety on Python versions 2.6 through 3.4, as well as a pypy JIT executable.

Click the image below for details; the current build status is: