Inject calculations into Word and LaTeX documents with ease!

Inject Python calculations into Word and LaTeX documents with ease!

docal is a tool that can be used to send calculations that are written in python to Word or LaTeX documents. It evaluates equations in a separate python script from the document and replaces hashtags in the document that indicate where the calculations should be with the results of the evaluation. It comes with a powerful python expression to LaTeX converter built-in, so it converts the calculations and their results to their appropriate LaTeX forms before sending them, which makes it ideal to make academic and scientific reports.

A basic understanding of Python in general is necessary to have a smooth experience here (although you will do fine even if you don't).If you want to work with a little more advanvced stuff, like arrays and matrices, more knowledge about python is necessary.

It must be obvious by now but you should have Python installed on your system. You can check that by opening your shell (see above) and typing the command python and hitting Enter. If it writes the version number and other info about your python installation, you already have it installed. If the version number starts with 2, you should probably install python 3 (the latest). If you have python 3 or above, you're good to go. If either you don't have Python 3 or you don't have Python at all, you should go to Python's homepage and install it, making sure to check the box "add python to path" during installation.

If you want to work with word documents, you should have Pandoc installed on your system (and in your PATH). Because docal internally only works with tex files and when a word file is given, it internally converts it to tex, modifies it and converts it back to word, using pandoc.

To install this package, (after making sure that you have a working internet connection) type the following command and hit Enter.

Or from the source:

The syntax is simple. Just write the equations one line at a time. What you write in the syntax is a valid Python file, (it is just a script with a lot of assignments and comments).

These comments are converted to paragraphs or equations, depending on what comes immediately after the hash sign. If the hash sign is followed by a single dollar sign ($), the rest of that line is expected to be a python equation, and will be converted to an inline LaTeX equation. If what comes after the dollar sign is two dollar signs, the rest of that line will be converted to a displayed (block) equation in the document. Remember, these equations are still in comments, and thus do not do anything except appear as equations. If the hash sign is followed by just running text, it is converted to a paragraph text. In all cases, when a hash character immediately followed by a variable name like #x, the value of that variable will be substituted at that place. When a hash character immediately followed by an expression surrounded by squirrely braces like #{x + 2} is encountered, what is inside the braces will be evaluated and substituted at that place.

These comments are taken to be customization options for the equations. Multiple options can be separated by commas. The first option is units. if you write something that looks like a unit (names or expressions of names) like N/m**2 they are correctly displayed as units next to the result and whenever that variable is referenced, next to its value. The next option is the display type of the steps. If the option is a single dollar sign, the equation will be inline and if it has more than a single step, the steps appear next to each other. If it is double dollar signs, the equation(s) will be displayed as block (centered) equations. Another option is step overrides. If it is a sequence of digits like 12, then only the steps corresponding to that number will be displayed (for this case steps 1 and 2). The last option is matrix and array cut-off size. Matrices are cut off and displayed with dots in them if their sizes are grester than 10 by 10 and arrays are cut off if they have more than 10 elements. To override this number, the option is the letter m followed by a number like m6. If the option starts with a hash sign like #this is a note, what follows will be a little note that will be displayed next to the last step.

Let's say you have a word document foo.docx with contents like this.

And you write the calculations in the file foo.py next to foo.docx

Now, If we run the command

A third file, named foo-out.docx will appear. And it will look like this. 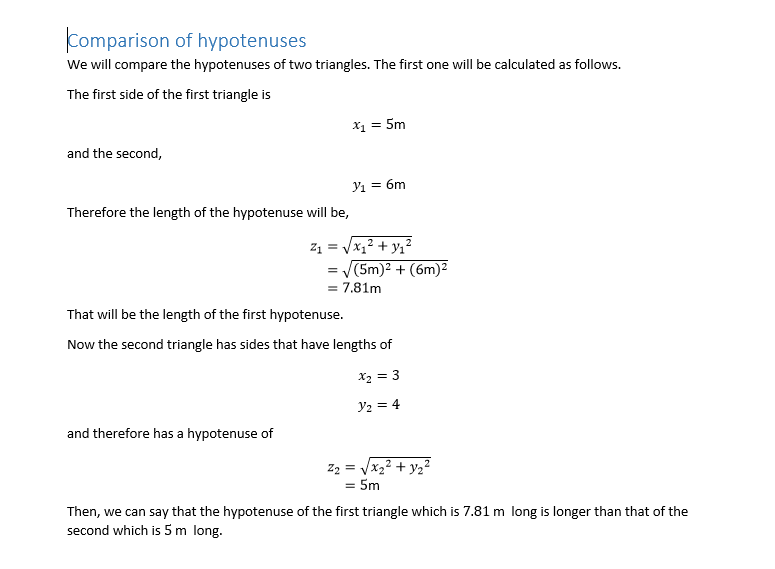