Kubeflow is a great platform for orchestrating complex workflows on top Kubernetes and Kubeflow Pipeline provides the mean to create reusable components that can be executed as part of workflows. The self-service nature of Kubeflow make it extremely appealing for Data Science use, at it provides an easy access to advanced distributed jobs orchestration, re-usability of components, Jupyter Notebooks, rich UIs and more. Still, developing and maintaining Kubeflow workflows can be hard for data scientists, who may not be experts in working orchestration platforms and related SDKs. Additionally, data science often involve processes of data exploration, iterative modelling and interactive environments (mostly Jupyter notebook).

Kale bridges this gap by providing a simple UI to define Kubeflow Pipelines workflows directly from you JupyterLab interface, without the need to change a single line of code.

Read more about Kale and how it works in this Medium post: Automating Jupyter Notebook Deployments to Kubeflow Pipelines with Kale

Install the Kale backend from PyPI and the JupyterLab extension. You can find a set of curated Notebooks in the examples repository 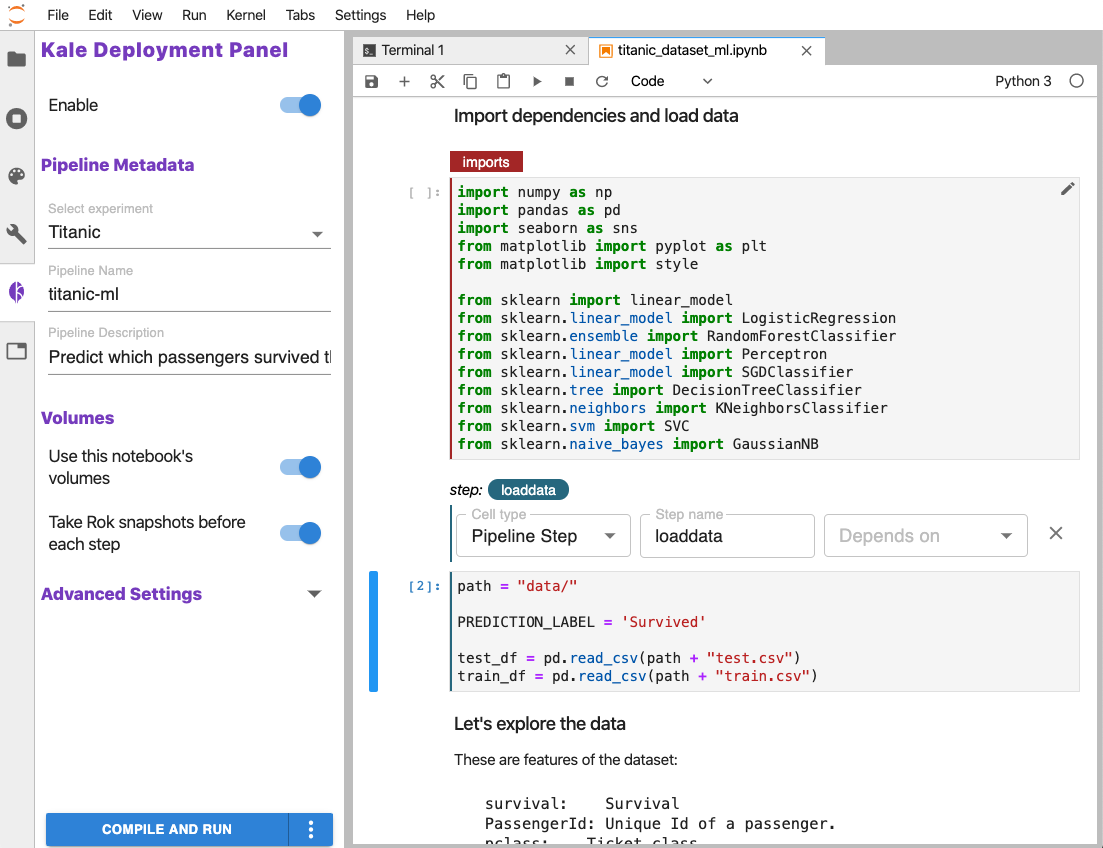 To build images to be used as a NotebookServer in Kubeflow, refer to the Dockerfile in the docker folder.

Head over to FAQ to read about some known issues and some of the limitations imposed by the Kale data marshalling model.

Create a new Python virtual environment with Python >= 3.6. Then:

The JupyterLab Python package comes with its own yarn wrapper, called jlpm. While using the previously installed venv, install JupyterLab by running:

You can then run the following to install the Kale extension:

This repository uses husky to set up git hooks.

For husky to function properly, you need to have yarn installed and in your PATH. The reason that is required is that husky is installed via jlpm install and jlpm is a yarn wrapper. (Similarly, if it was installed using the npm package manager, then npm would have to be in PATH.)