Ladybug geometry is a Python library that houses all of the basic geometry computation needed for Ladybug Tools core libraries. 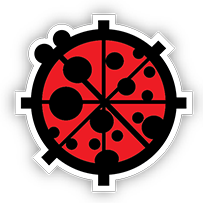 Currently Supported Capabilities of this Library

Capabilities that should eventually be a part of this library

Officially Unsupported Capabilities for which One Must Rely on CAD Interfaces

Reasons for this Library

We initially debated whether geometry computation should be placed largely on the CAD plugins or whether it should be included in the core. As we developed the core libraries out, it became clear that there are large advantages to having it in the core (ie. cross compatibility between the CAD plugins, ability to process more inputs from command line, and shear speed since the CAD libraries are made to address many more geometric use cases than are typically needed). So we have decided to include geometry computation as part of the Ladybug Tools core.

We looked into using other geometry computation libraries for the core including:

However, Rhino3dm lacks basic types of computation that is needed in the core (like generating a grid of points from a surface). Furthermore, Blender library only works in Python3 and this would break our workflows for the Grasshopper and Dynamo plugins, where rely on IronPython. Topologic seems to have many things that we need but it appears that it has C dependencies, making it unusable from IronPython. Furthermore, its dual license may create some difficulties for certain use cases of Ladybug Tools.

After considering it further, we realized that many of the calculations that we need can be done fairly easily as long as the geometry is planar. Since all of the geometry going to the engines (Radiance, E+) is eventually converted to a planar format anyway, we made the decision that the core libraries will support certain basic types of geometry computation for planar objects only. We planned to do this by taking the most relevant parts of existing open source geometry libraries, including euclid and OpenStudio. Thus this repository was born!