This is the public repository of PyPyKatz, for latest version and updates please consider supporting us through https://porchetta.industries/

Mimikatz implementation in pure Python. At least a part of it :)
Runs on all OS's which support python>=3.6 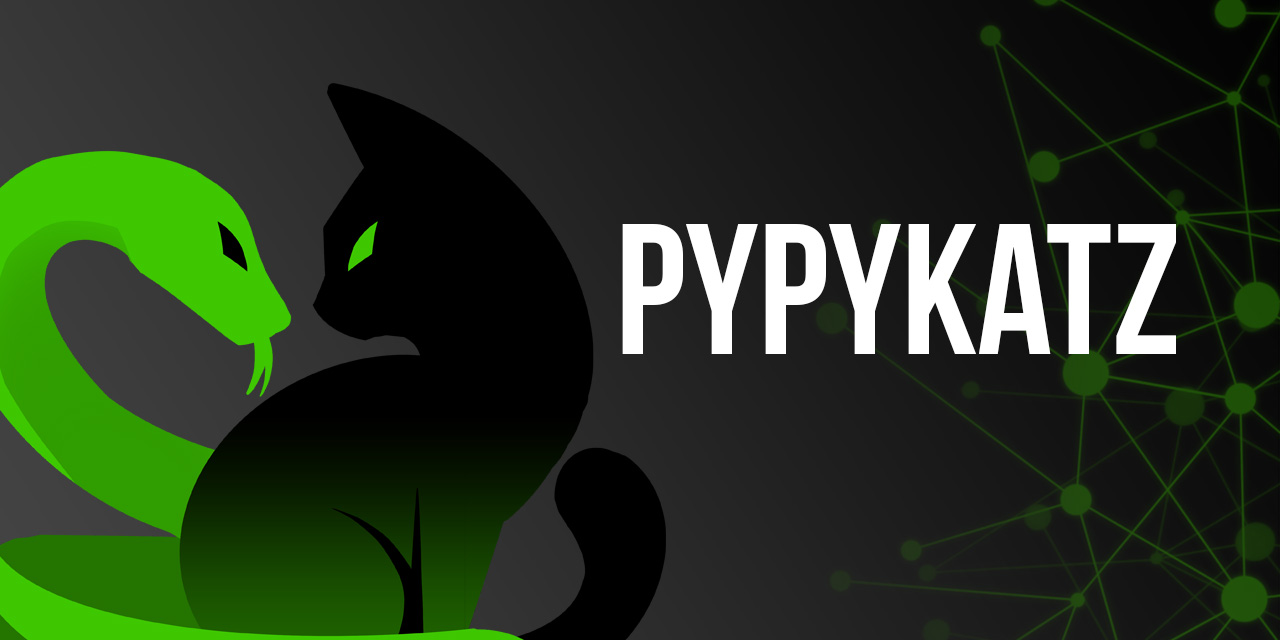 If you want to sponsors this project and have the latest updates on this project, latest issues fixed, latest features, please support us on https://porchetta.industries/

Come hang out on Discord!

Since version 0.1.1 the command line changed a little. Worry not, I have an awesome WIKI for you.

Install it via pip or by cloning it from github.
The installer will create a pypykatz executable in the python's Script directory. You can run it from there, should be in your PATH.
Take care, that the github master version might fail because I'm layz to do a proper branch for the new versions. I'll try to create a branch of stable version tho.

Platform idependent - all commands have a "live" and a normal version where applicable. The "live" version will use the current system and only works on Windows. The normal commands are platform independent.
Can be used as a library for your projects.

Can parse the secrets hidden in the LSASS process. This is just like mimikatz's sekurlsa:: but with different commands.
The main difference here is that all the parsing logic is separated from the data source, so if you define a new reader object you can basically perform the parsing of LSASS from anywhere.

DPAPI is the protector of local secrets of many kinds. Currently the project supports decrypting masterkeys, dpapi blobs, credential files, vault files.
The results are not 100% correct, as there is not much documentation on most of these things. PR is always welcomed!

Can spawn a new process as any user who has a process running on the machine.
Can assign any available token of choise to your thread
This is just a basic stuff really. Reson is there that I hate to constanly use psexec to get a system shell from admin...

yeah... check the code. it has comments and stuff...

Reason for this parameter to exist: In order to choose the correct structure for parsing we need the timestamp info of the msv dll file. Rekall sadly doesnt always have this info for some reason, therefore the parsing may be failing.
If the parsing is failing this could solve the issue.

There are two ways to use rekall-based memory parsing.

Via the pypykatz rekall command

You will need to specify the memory file to parse.

You can find a rekall plugin file named pypykatz_rekall.py in the plugins folder of pypykatz.
You will need to copy it in rekall's plugins/windows folder, and rename it to pypykatz.py.
After this modify the __init__.py file located the same folder and add the following line at the end: from rekall.plugins.windows import pypykatz
If everything is okay you can use the pypykatz command from the rekall command line directly.

If you want to help me getting this project into a stable release you can send mindiumps of the lsass.exe process to the following link: https://nx5494.your-storageshare.de/s/SJteWj3PPbg8jBA IMPORTANT: please DO NOT send dumps of your own machine's lsass process!!! I will be able to see your secrets including hashes/passwords! Send dump files from machines like virtual test systems on which you don't mind that someone will see the credentials. (if you have a test domain system where kerberos is set up that would be the best)
Also I'd apprechiate if you wouldn't spam me...

Why do I need these dumps files?

In order to create mimikatz in Python one would have to create structure definitions of a gazillion different structures (check the original code) without the help of the build-in parser that you'd naturally get from using a native compiler. Now, the problem is that even a single byte misalignemt will render the parsing of these structures run to an error. Problem is mostly revolving around 32 - 64 aligments, so 32 bit Windows version lsass dumps are apprechiated as well!

I need data I can verify the code on and administer necessary changes on the parsers until everything works fine.
Submitting issues on this github page wouldn't help at all without the actual file and github wouldn't like 40-300Mb file attachments.

Most of my big python projects are aiming for maximum protability, meaning I only use 3rd party packages where absolutely necessary. As of this point three additional packages are used, and I intend to keep it this way.