Rack provides a minimal, modular and adaptable interface for developing web applications in Ruby. By wrapping HTTP requests and responses in the simplest way possible, it unifies and distills the API for web servers, web frameworks, and software in between (the so-called middleware) into a single method call. 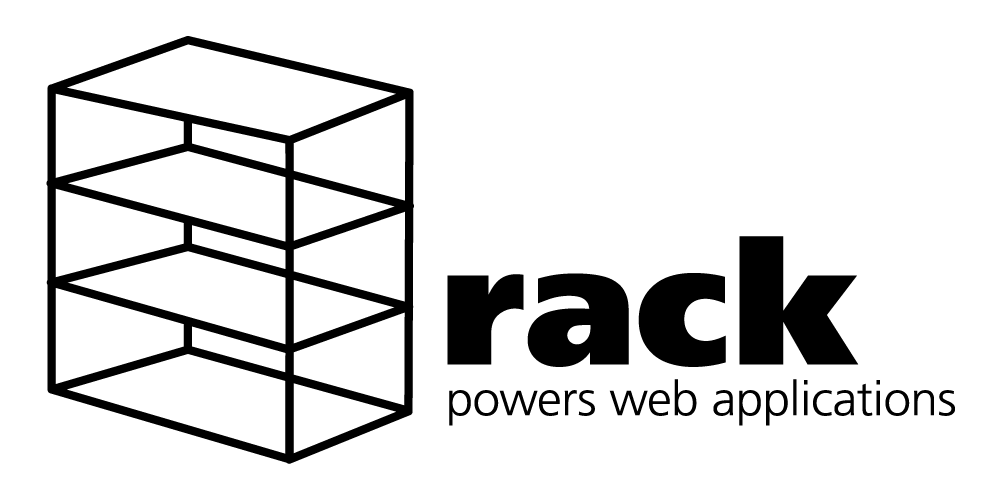 Rack provides a minimal, modular, and adaptable interface for developing web applications in Ruby. By wrapping HTTP requests and responses in the simplest way possible, it unifies and distills the API for web servers, web frameworks, and software in between (the so-called middleware) into a single method call.

The exact details of this are described in the Rack specification, which all Rack applications should conform to.

The included handlers connect all kinds of web servers to Rack:

These web servers include Rack handlers in their distributions:

Any valid Rack app will run the same on all these handlers, without changing anything.

These frameworks include Rack adapters in their distributions:

Between the server and the framework, Rack can be customized to your applications needs using middleware, for example:

All these components use the same interface, which is described in detail in the Rack specification. These optional components can be used in any way you wish.

If you want to develop outside of existing frameworks, implement your own ones, or develop middleware, Rack provides many helpers to create Rack applications quickly and without doing the same web stuff all over:

The plethora of useful middleware created the need for a project that collects fresh Rack middleware. rack-contrib includes a variety of add-on components for Rack and it is easy to contribute new modules.

rackup is a useful tool for running Rack applications, which uses the Rack::Builder DSL to configure middleware and build up applications easily.

rackup automatically figures out the environment it is run in, and runs your application as FastCGI, CGI, or WEBrick—all from the same configuration.

Either with the embedded WEBrick starter:

By default, the lobster is found at localhost:9292.

A Gem of Rack is available at rubygems.org. You can install it with:

Several parameters can be modified on Rack::Utils to configure Rack behaviour.

The default number of bytes to allow all parameters keys in a given parameter hash to take up. Does not affect nested parameter hashes, so doesn't actually prevent an attacker from using more than this many bytes for parameter keys.

The maximum amount of nesting allowed in parameters. For example, if set to 3, this query string would be allowed:

but this query string would not be allowed:

The maximum number of parts a request can contain. Accepting too many part can lead to the server running out of file handles.

The default is 128, which means that a single request can't upload more than 128 files at once.

Can also be set via the RACK_MULTIPART_PART_LIMIT environment variable.

Please post bugs, suggestions and patches to the bug tracker at issues.

Please post security related bugs and suggestions to the core team at <groups.google.com/forum/#!forum/rack-core> or rack-core@googlegroups.com. This list is not public. Due to wide usage of the library, it is strongly preferred that we manage timing in order to provide viable patches at the time of disclosure. Your assistance in this matter is greatly appreciated.

You are also welcome to join the #rack channel on irc.freenode.net.

The Rack Core Team, consisting of

and the Rack Alumni

Rack is released under the MIT License.