Graphics for Understanding Mathematical Programming in Python (GrUMPy) is a Python library for visualizing various aspects of mathematical programming, including visualizations of the branch-and process, branch-and-bound trees, polyhedra, cutting plane methods, etc. The goal is clarity in implementation rather than efficiency. Most methods have an accompanying visualization and are thus appropriate for use in the classroom.

Documentation for the API is here:

See below for brief documentation of usage

It is also possible to typeset labels in LaTex and to output the graph in LaTex format using dot2tex (Warning: recent versions of dot2tex have not perfectly, your mileage may vary). After installing dot2tex, this can be done by simply calling the method write(basename='fileName', format='dot'), and then doing dot2tex --tmath fileName.dot or by calling set_display_mode('dot2tex') and then display() as usual. At the moment, the latter only seems to work with version 2.9.0dev available here. For the former method, just using easy_install dot2tex should work fine.

There have been reports of incompatibilities with recent versions of PyGtk, but I have not attempted yet to track this down. If things break, you may try some variant of the instructions above for installing on Windows. 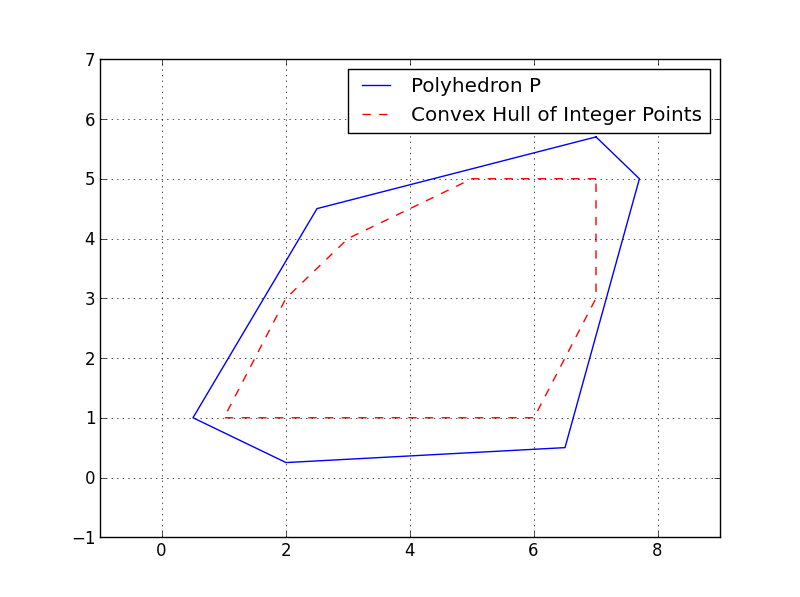 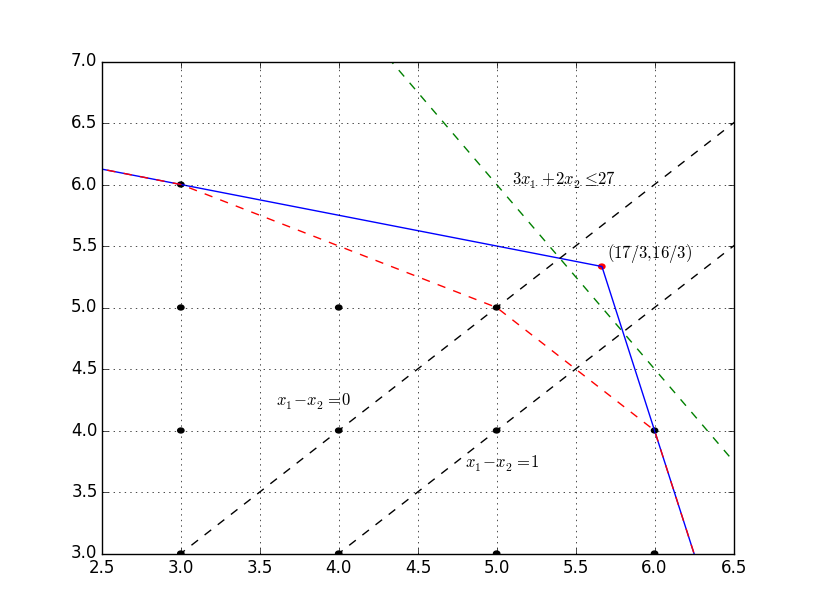 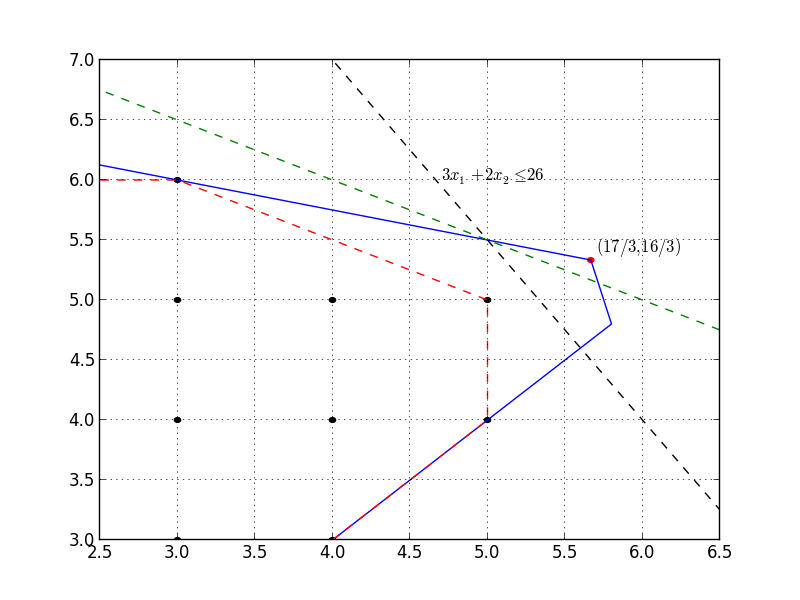 There are two separate modes for visualizing branch and bound trees. One uses GiMPy to visualize the tree (which in turn uses GraphViz for layout). The other is to use the visualizations from the now-defunct Branch and Bound Analysis Kit (BAK), which was merged with GrUMPy. With the methods of the former BAK, one can visualize the tree in a number of ways using the venerated gnuplot (see a paper about it here).

The tree object itself can also be constructed in two different ways. The first is using the API of the BBTree class, as follows.

The properties related to condition number are optional and utilized only if present. For visualizing the tree with GiMPy, only the id and parent_id are required (in the future, this may change).

The second way of constructing the tree is by parsing a log file from a solver. Any solver can be instrumented to generate a file that can then be used to visualize the tree and this can even be done "live" (subject to the speed at which the visualizations can be generated). The log file must contain one line for each event type. The events are primarily those that either create or change the status of nodes and in fact, the valid event types are exactly those listed above as valid node statuses with one addition: there is also an event called heuristic corresponding to the generation of a new solution found by a heuristic. The heuristic event is the only one that does not change the status of any node, just the global bound.

Each line of the log file consists of a space-separated list of fields. The fields are as follows:

A snippet from an example file might look as follows (see, e.g., p0201_SYMPHONY.vbc:

The file can be processed as follows (see, e.g., BBVis.py:

To display the visualizations, do