The fastest way to build data apps in Python

The fastest way to build and share data apps.

Streamlit lets you turn data scripts into shareable web apps in minutes, not weeks. It’s all Python, open-source, and free! And once you’ve created an app you can use our Community Cloud platform to deploy, manage, and share your app!

Streamlit can also be installed in a virtual environment on Windows, Mac, and Linux. 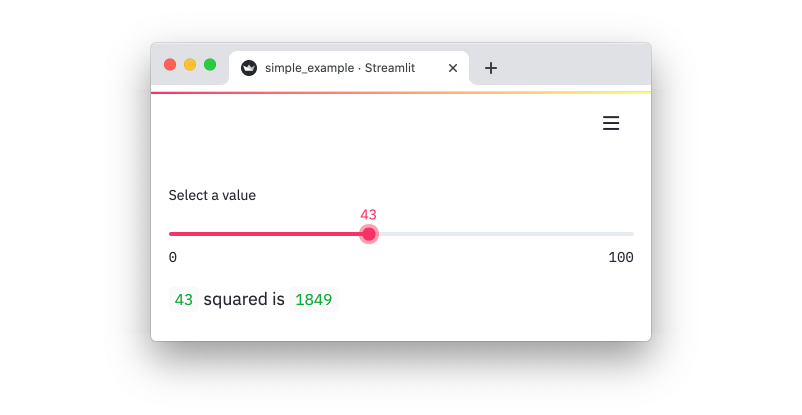 The complete demo is implemented in less than 300 lines of Python. In fact, the app contains only 23 Streamlit calls which illustrates all the major building blocks of Streamlit. You can try it right now at share.streamlit.io/streamlit/demo-self-driving.

Streamlit's GitHub badge helps others find and play with your Streamlit app.

Once you deploy your app, you can embed this badge right into your GitHub readme.md as follows:

With Community Cloud you can deploy, manage, and share your apps with the world, directly from Streamlit — all for free. Sign-up here.

Streamlit is completely free and open-source and licensed under the Apache 2.0 license.